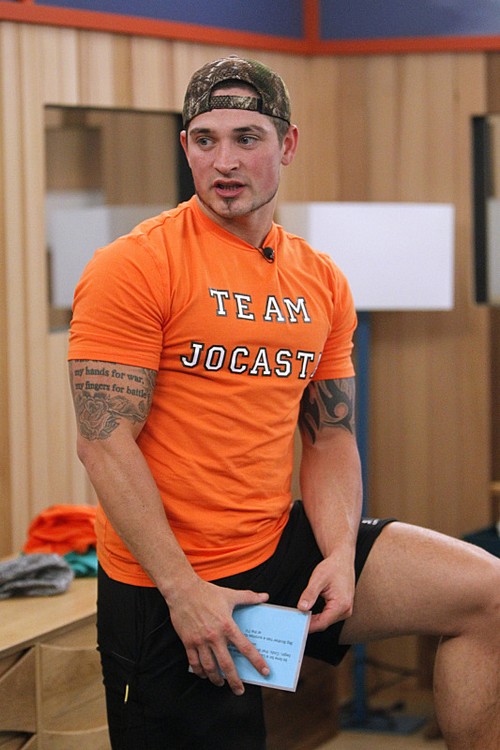 As we sit right now, Frankie is gone and another Big Brother 16 eviction has come and gone. Big Brother 16 spoilers and live feed shows the short list to be evicted in Week 13  appears to be Caleb, Caleb and Caleb. Why? Derrick and Cody are tight and Victoria is the person that all of them want next to them at the end. Derrick and Cody are feeding Caleb all the bull he needs to think Victoria is the next to go and it appears that Cody is buying it. That is bad news for anyone that likes “Beast Mode Cowboy” and his chances at winning it all.

What can Caleb do to try to win at this point? Here are some suggestions:

Stop buying everything Derrick and Cody say – Caleb seems oblivious to the fact that Cody and Derrick are playing the same game. They both feed into Caleb’s ego and only give him what is needed information wise to keep him placated. Victoria is not going to do anything to help Caleb and neither are the guys without some serious changes taking place. That is the first step. Accept that the house is looking to take you out and figure out how to avert disaster.

Assess yourself correctly – I am not entirely sure that Caleb is capable of this. His inflated self-ego has caused him to make silly decisions several times during Big Brother 16 and it appears to be clouding his judgement now. His only real shot is against Cody or Victoria, so he should be looking for ways to eliminate Derrick. This is actually true of the entire house, but particularly so with Caleb. He must realize that he is not the best player in the house and use that to improve his position.

Spend some quality time with Cody – Caleb (and Cody for that matter) would be the only final that would be tough to decide. Every other combination would be either a landslide victory for whomever is sitting next to Victoria, or Derrick wins it easily. For this reason, it makes great sense for Caleb to start zeroing in on Cody as his only real shot. Victoria is clearly a lost cause unless it comes down to Cody, Caleb and Victoria. Then it becomes a simple competition to see who gets to use her as the sure win next to them.

With Caleb unable to compete in the HOH comp this Week 13, won by Derrick, he is in a very fragile position. Recognizing that weakness is going to be the key to his potential survival. If he doesn’t wise up extremely fast, there is a very good chance he will be going out next, right behind Frankie. Time will tell if the Beast Mode Cowboy can get out of his own way.

I am betting against it. He loves himself far too much to see it coming.