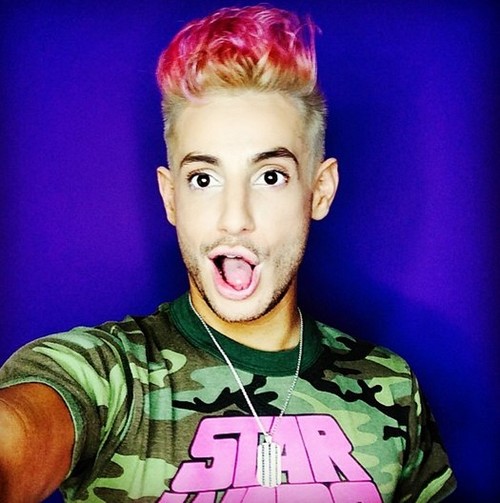 Big Brother 16 spoilers reveal that fans of the CBS reality TV series will not want to miss Week 12! Big Brother 16 Week 12 kicked off with a repeat Head of Household competition since the players decided to press the Big Brother Rewind button during Week 11. Big Brother spoilers from the live feeds revealed that Caleb Reynolds won the HOH competition the second time around, and at the Week 12 nomination ceremony he put Victoria and Frankie up for eviction.

Frankie Grande was the obvious target during Week 12, and Derrick, Caleb, and Cody decided now was the time to take out Frankie because he would be a threat during the final four. Frankie’s only hope of staying in the Big Brother 16 house would be winning the Week 12 Power of Veto and saving himself. Although the veto ceremony hasn’t aired yet, Big Brother 16 spoilers from the live feeds reveal that Cody won the Power of Veto, and he opted to leave Frankie and Victoria up on the chopping block.

Now, this is where Week 12 of Big Brother 16 gets interesting. According to CBS’ spoilers, the houseguests have already voted to evict Frankie or Victoria, and it will not air on television live like the previous evictions. But, we have no idea who they chose to evict, because the CBS live feeds are blacked out and we can’t see what is going on inside the BB16 house. Right before the feeds went down the houseguests had all agreed to vote out Frankie, but they could have changed their minds afterward. According to Big Brother spoilers the pre-taped Week 12 eviction and Week 13 Head of Household Competition will air on Tuesday September 16th. Another episode of Big Brother will air on Wednesday September 17th and a second houseguest will be evicted, so by the end of this week the Big Brother 16 Final Three will be revealed.

So Big Brother fans, are you going as crazy as we are without spoilers from CBS’s live feeds? Do you think the houseguests evicted Frankie, or did he pull off a miracle at the last minute and convince them to vote out Victoria? What are your Final Three predictions? Share your thoughts and theories in the comments below and don’t forget to check CDL tomorrow for more Big Brother 16 spoilers.

Update: Live feeds indicate that during the taped eviction ceremony Frankie Grande was evicted as we predicted and after that Derrick Levasseur won Week 13 new Head of Household competition – Derrick is the new HOH, Frankie is gone and the final 4 are Victoria, Caleb, Cody and Derrick!