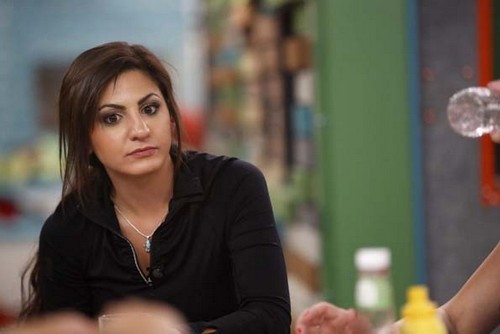 Big Brother 16 could be won by final 5 competitor Victoria Rafaeli! When this idea was put before me earlier today, that Victoria might actually win this season of Big Brother I dismissed it as ridiculous and completely over-the-top. Victoria? The gal that has has done pretty much nothing from day one and seems oblivious to that fact? The one that has latched on to Derrick’s coattails? Before you laugh too loudly, let’s take a close look at whether the raven-haired beauty could actually pull this off.

Right now, as things stand in the Big Brother House with Cody winning week 12 POV and HOH Caleb already having nominated Frankie and Victoria, but with Victoria being protected by Derrick and Frankie likely to be evicted, Victoria doesn’t look so bad!

In one thing is for certain… Victoria has at least as good of a chance to make it to the end as anyone else. When you are figuring odds on a Big Brother winner, it begins and ends with whether or not they will be there at the finals. Although it might seem incredibly unfair, Victoria is the one person that everyone wants to take. Because of this, her odds of being in the finale are higher than anyone else’s. So that’s one reason to consider Victoria as a potential winner.

There are several possibilities still in place, but let’s assume for a moment that Victoria actually makes the finale.

Whether it is Frankie, Cody, Caleb or Derrick up against her, there is really only one argument that Victoria could make to give her the victory. If Victoria were to go in front of everyone at the Big Brother finale and tell everyone that she knew what she was doing all along, she would at least have a chance to steal a few votes. The problem is, Victoria does not have enough self-awareness to realize that she has been useless in this game.

Victoria thinks that she has been a beast in competitions, she is the prettiest of all the female contestants and that she has played the ultimate social game. The truth is, she has one no competitions and her social game has consisted primarily of begging people to save her. As for being the prettiest Big Brother 16 contestant, Amber or Brittany would clearly take that distinction by longshot. Victoria is a cutie for sure, but I would not even put her in the top four.

Bottom line… Victoria has pretty much no chance of winning Big Brother 16 unless she suddenly reveals that she played dumb throughout the season to get to the end. I’m kind of surprised that she is not more aware of her shortcomings on the show. That will be her key to victory if she somehow manages to pull out a miracle.