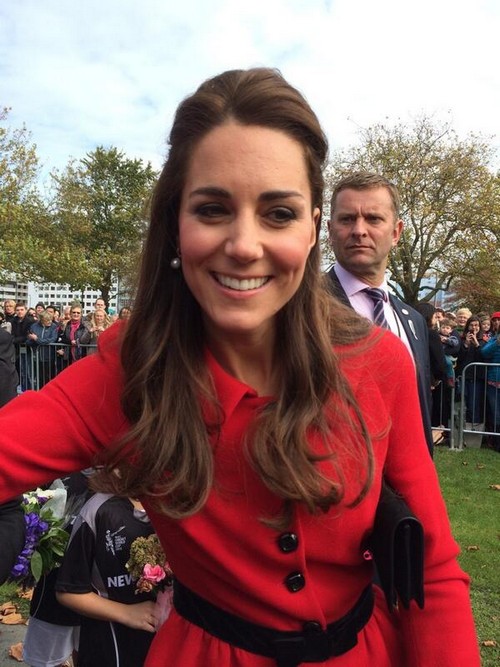 In Camilla Parker-Bowles mind every single inch of grace given to her by Queen Elizabeth is a victory. When she first married Prince Charles 9 years ago The Queen despised her and insisted that there were certain privileges that she would never get, such as being added to the official State Prayers list. In recent months Camilla has worked double time to try and convince the queen that she is deserving of at least a little bit of respect and according to the April 21st print edition of GLOBE magazine The Queen hasn’t changed her mind exactly, but she is budging a bit.

The State Prayers list had only included Queen Elizabeth, Prince Phillip and Prince Charles until recently and Elizabeth did indeed decide to add Camilla’s name to it. This is one of the things that Elizabeth had always insisted would never happen, yet Cami must have managed to get to her somehow and said something that really struck a cord. Obviously, the Duchess sees this as a huge victory. In her mind it shows that the things that Elizabeth has said will never happen, Camilla being Charles’ Queen, are now all quite negotiable.

Camilla knows that Kate Middleton is ultimately her biggest competition for Elizabeth’s attention and affection and so she has every plan of putting the month of April to good use. Kate and Prince William are touring down under and while they are gaining rave reviews it also gives Camilla a chance to work on The Queen without any competition or interruption by Kate.

GLOBE goes into great detail with an expose on the evil machinations of Camilla behind Kate’s back in their April 21st print edition – with all the particulars of the behind the scenes Palace intrigue. GLOBE explains how ailing Elizabeth is struggling to make the constitutional changes needed so she can have Prince William leapfrog his bumbling father to be the next King – plus lots more.

Do you think Camilla will eventually end up in Elizabeth’s good graces for real – or is the Monarch just throwing The Duchess of Cornwall pacifying nuggets? Which couple will win out and be the be the next to ascend the Throne? Will it be the popular royal couple Will and Kate or stodgy Charles and scheming Camilla?