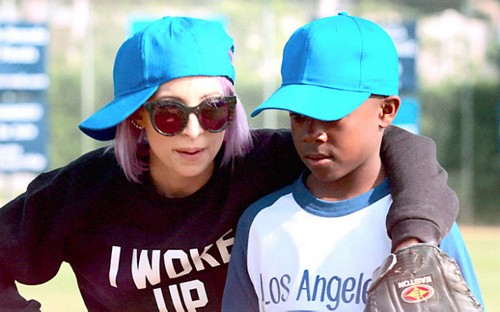 Tonight on VH1 Candidly Nicole airs with a new episode called, “How to Be a Boss.” On tonight’s show Nicole acts as guest editor at an online fashion magazine; Nicole tries to be a chef.

On the last episode Nicole felt her short stature was preventing her from living a full life. After seeing her Podiatrist, Nicole went through a list of ridiculous things she would never be able to do because of her height problems. Did you watch the last episode? If you missed it we have a full and detailed recap, right here for you.

On tonight’s episode, Nicole is the guest Editor at her friend Katherine Powers’ online fashion magazine WhoWhatWear. Nicole gets a lesson in proper office etiquette when she’s assigned a working position.

Katherine calls her in and asks what was going on. She says they’re all nice and Katherine says it’s a fun, quiet office of writers that need to concentrate. Nicole says it’s intimidating. She asks what she does if she needs to cry at work and Katherine says she doesn’t. Katherine tells her to talk to people professionally with nothing sexual. She tells Nicole she has the tendency to do it. She says no penis jokes and Nicole says she’ll avoid penises.

Katherine says they’re happy to have her as a guest editor. She asks if she can drink at work and Katherine says no. She says there’s no nonsense there and Nicole agrees. She says everyone dresses professionally, no crop tops. She tells Nicole to keep it covered. She says she’s showing too much skin and asks her to throw a blazer on next time. Nicole says she’ll do more of a Jewish vibe.

She tells her she’s got an editor for her to work with and takes her to Peter. Nicole throws herself in his lap and KP pulls a face. She tells them to work on what to wear for girls night out. She says to hit the town and see what girls are wearing. Nicole says she wants to show those girls doing their dream job. Nicole asks Peter what he thinks and KP says it doesn’t matter what he thinks. She says people just want to see what Nicole wears and not about her hopes and dreams.

Nicole tells him to write about dream jobs and KP says no. Nicole says we’ll do both. She asks him to nuzzle and presses him into her breasts and sighs. They go to ink and says restaurants are the new clubs. He reminds her it’s about girls night out. She wants to ask the chef what he thinks and he says they need to do what Katherine says. She says KP isn’t that scary and cuddles with cats. The chef comes out and Nicole asks him if it’s his dream job and if he sleeps with other chefs.

She mixes them a drink and then tells him KP drinks and she’s pulled her out of a club ankles first before. She tells Peter to drink with her or they’ll have trouble. Nicole is in the office and says collaboration is great because she always has the best idea. She has some writers prancing around and trying on clothes. She shows them how to avoid eye contact and then says they could have their own TV show.

They are all meowing and crawling around. KP comes in and asks what’s going on. Nicole says they are obviously doing their jobs. She asks where Peter is and she says she sent him to get juices. KP tells her a successful boss demands respect. Peter comes in with juice and kisses her then high fives. KP asks for his notes from the other note. She reads about them talking to Michael about gluten.

She asks where the photos are of the girls in clothes. Nicole says she thinks most girls stayed home. She tells Nicole to come with her so they can talk. Nicole says she has no problem with boundaries and says most of the people she’s worked with have seen her naked and she’s seen them topless. KP tells Nicole she doesn’t need to be everyone’s best friend and Nicole tells her that Peter is afraid of her.

She is angry that Nicole told Peter she drinks and says she has to fire him now. She says she’d like to fire Nicole but she’s a minor celebrity so she can’t. Nicole takes over the camera and tells the model show me Jewish, show me Asian, show me Solange in an elevator. The model kicks. KP tells her to get working on the story and nothing more about dream jobs.
[10:29:46 PM] Rachel Rowan: Nicole says she has a different view on being a boss. She says Who What Wear has robots running it. At the office, Peter is typing when Nicole comes in acting quiet and in a blazer. She has in earbuds and then tells him she was trying to be more like Katherine if she was really like that. She asks how the article is coming and he says his parents are coming in – she says she can cover it and he says he has a list of places to check out. She tells him it will be okay and that she loves him. She offers to tickle him but he says no.

Nicole says she’s going back to ink to train as a chef and makes a bomb ass grilled cheese. She says it’s her dream job. He tells her it’s busy and it’s sketchy so she needs to get dressed and get to work. She changes into her chef outfit and comes in. She looks around. Michael calls out orders and then says she can call one. She calls out some orders but does it badly.

She says table three ordered a lot and must be cows. She pauses for selfies then tastes food off a plate. Nicole runs out some food and chats with customer. She turns over sauce on the tickets and ruins them. He tells her she f-ed everything up and needs to go. She says it’s very aggressive and stressful. He calls her a graffiti artist.

Next day, Nicole comes in and tells KP she needs some extra time on the story. She asks how it’s shaping up and she says she thinks it’s doing well. KP tells her Peter already turned it in. Katherine says it’s great and has his touch. Nicole accuses him of going behind her back. She says she doesn’t know who he is anymore and he admits he lied about his family coming.

She says she would never do that to him and KP says he was just doing the story that was assigned. Nicole says she doesn’t even know if he’s really gay. Katherine says that’s none of their business and tells Peter she’s sorry Nicole was such a distraction. He tries to be nice to Nicole but she’s snippy with him then tells KP that he’s the worst. KP tells her she’s basically fired but they’re still friends and plan a Sunday brunch.

Nicole interviews people on the street. She asks one guy if he drinks on the job and another if he likes to booty pop. He doesn’t know what this is.