Channing Tatum Says He Is An Alcoholic – GQ Magazine Interview 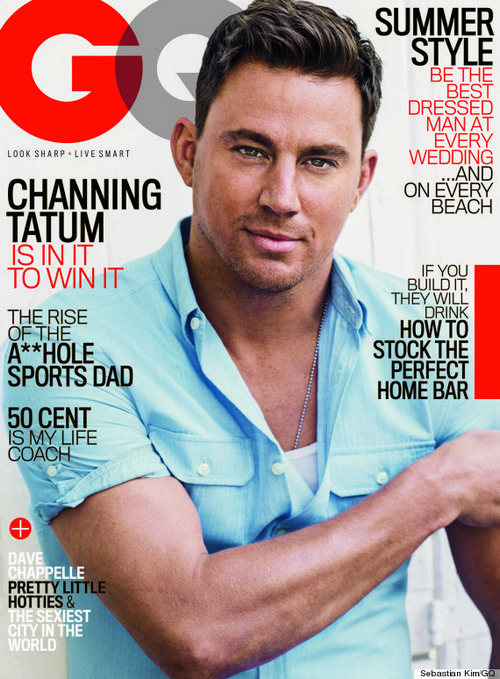 Despite what Channing Tatum says, I don’t think there’s such a thing as a ‘high-functioning alcoholic’. Channing covers the latest issue of GQ Magazine, and in the accompanying interview, he revealed, “I probably drink too much, you know. My wife, that’s what she bought into … I’m probably a pretty high-functioning, I guess, you know, I would say, alcoholic, I guess. There’s probably a tendency to escape. I equate it to creativity, and I definitely equate it to having a good time.”

I’m sure he equates it to a good time, but I’m not so sure his wife agrees. A lot of celebrities seem to view alcoholism as this super-fun pastime, when in reality, it is exactly the opposite. Channing claims that drinking booze makes him more creative, but I’m guessing that all it truly does is make him less inhibited. I mean, the guy is a successful producer, actor, and writer – and he associates it all with drinking? No matter how casually he treats it, alcoholism is not something to joke about, nor is it something you attribute your success to. Channing works hard, and his work ethic is well known throughout the industry, thus making it hard to believe that his success is due to alcohol-induced creativity.

Honestly, it’s pretty clear that Channing’s comments got lost in translation, i.e. he actually meant that he drinks pretty often, and he’s often buzzed and/or drunk when he’s brainstorming story ideas. If that’s the case, welcome to the club, Channing. You join a revered group of Hollywood alcoholics whose jobs are all to get through each day without trying to kill everyone they come into contact with. It’s a difficult job, but one specially suited to those who manage to drink booze without a second thought and hide their feelings behind a wall of alcohol.

While Channing probably doesn’t have problems with other people, I’m assuming this his partying lifestyle when he was younger just led him on a path of drinking that’s been tough to remove himself from, despite having a loving wife and baby daughter. He does admit that his drinking has drastically reduced since he’s had his daughter, but the casual way in which he mentions his ‘alcoholism’ makes me assume that there’s something more serious going on in his life. And if alcohol is actually a problem, it’s surprising that his wife hasn’t pressured him to get treated for it, no?