Charlize Theron and Sean Penn Hookup: Spend Night Together at Her House (PHOTOS) 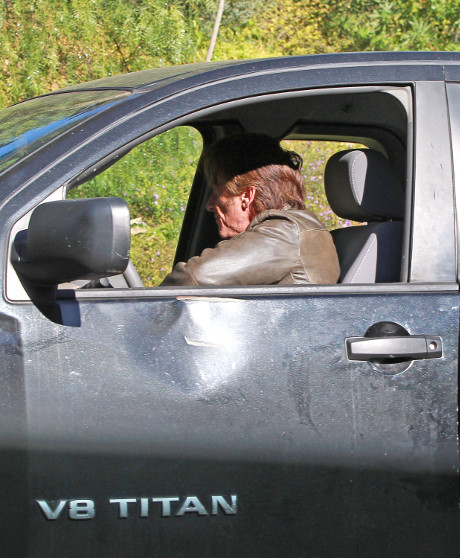 Romance is blossoming this New Year for Sean Penn, who was recently photographed leaving the house of Charlize Theron after what we can only assume to be a hot hookup. Penn, an Academy Award-winning actor, and Charlize, also an Oscar winner, got into separate cars earlier this morning and left her house — which has people wondering: are these two an item?

This incident is sort of hilarious, as it arrives on the heels of a rumor (evidence is shady at best) that Penn is rekindling an old flame with his ex-wife, Madonna. While we don’t really believe that particular news, we’re more inclined to believe that this hookup actually occurred. Sort of hard for us to ignore pictures like this, which so strongly suggest a burgeoning romance — or at least a fling — of some sort.

Charlize Theron is 38 years old and Penn is 53 years old. There is a bit of an age difference, but who cares. They certainly don’t seem to let age get in the way of their steamy slumber parties!

Theron has been in a few fairly long relationships. In 2010, she broke it off with Stuart Townsend after spending nearly 9 years together. Do you think that Theron and Penn will become a thing? If they do, this could be a great new Hollywood power couple. Two Oscar winners linked arm in arm? Look out, world!

Check out the photo gallery below of the “drive of shame” and let us know what you think. Are Charlize Theron & Sean Penn dating?