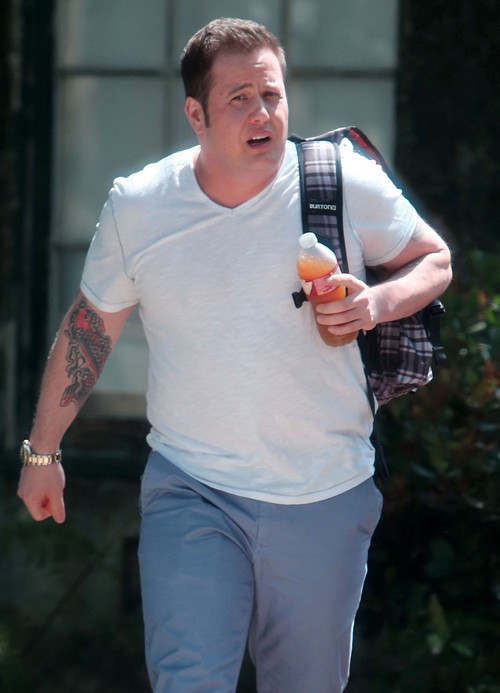 Chaz Bono reportedly wants to marry a ‘leggy Australian drag queen‘, much to the horror of his mother, Cher. Cher’s gradual acceptance of Chaz’s sex change has been well publicized, and even though she may have been reluctant about allowing it, she never stepped in and forced him to stop. However, sources say that she is putting her foot down when it comes to Chaz marrying a drag queen.

Chaz has reportedly been getting close to drag queen Shane Jenek [stage name: Courtney Act] over the past few months, and the two supposedly met while Chaz was a guest judge on RuPaul’s Drag Race and Courtney was competing. The two hit it off, and although they’ll only cop to being ‘good friends’, sources close to them are saying that their romance is heating up.

Sources close to Chaz also explain [via the National Enquirer], “Chaz is taking the relationship seriously. He wants to marry Courtney, and he thinks Courtney will agree.” However, Cher might not. The same sources add that Cher is furious that Chaz’s love affair, and worried that it might mean something worse for his future, explaining, “As a mother, Cher is worried about Chaz’s future. She’s thinking, ‘What’s going to happen to him? Is he in danger with this liaison?'”

Seriously, what does it matter? No, really. Whether Chaz is in love with a man or a woman, why would Cher be worried about him being in ‘danger’? It feels like the sources are either grossly exaggerating or that Cher is overreacting. First of all, sexuality has started to become a more fluid concept with many people, especially those who are bisexual. In Cher’s case, shouldn’t she just be happy that her son’s happy? I can understand her hesitation to hop on board if she’s worried about Courtney using her son for fame, but if her worries are solely concentrated on the fact that she’s a drag queen, then it definitely seems like an overreaction. I mean, she was fine with Chaz being engaged to a rumored alcoholic, so how is this that much worse?

Reality star Chaz Bono stops by a friends house for a visit in Beverly Hills, California on May 25, 2014. Chaz’s mother Cher is extremely upset that he plans to marry an Australian drag queen.