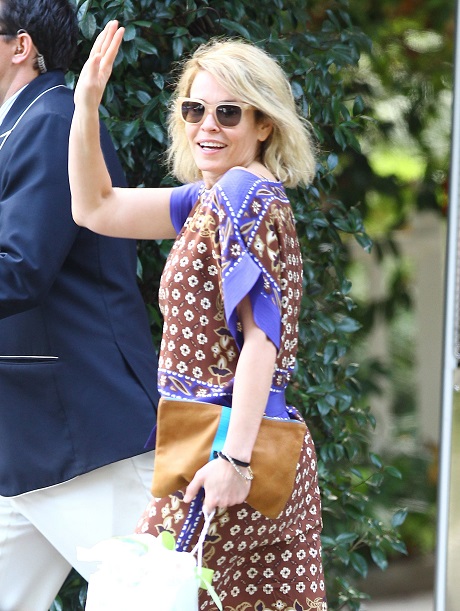 We now know why Chelsea Handler decided to leave her hit late-night show on E! four months earlier than expected. The comedian has officially announced a deal with Netflix. Chelsea will leave E!’s “Chelsea Lately” to host and produce Netflix’s first talk show.

“If I was going to continue working in this industry, I knew I had to do something outside the box to keep myself interested. I wanted to sit with the cool kids at lunch so I approached Netflix to make sure they were as cool as I thought they were, and when I confirmed my suspicions, like with any other future lover, I made my move,” she said in a statement released today.

It’s no secret Chelsea has been dissatisfied with E!, which is owned by NBC Universal. “They don’t know what they’re doing. They have no ideas. It’s a failure,” she told Howard Stern in March. She is so eager to move on, she decided to end her E! contract and talk show four months earlier than planned. “I’m more excited than I’ve been in awhile, and the team at Netflix is the most forward thinking, alert group I’ve sat down with in ages. No offense to the Shahs Of Sunset.”

The new talk-show is set to begin streaming in early 2016 and it is unclear if the show will air daily or weekly. The format to the show will be a little different, but Netflix promises it will still feature Chelsea’s comedic tale on pop culture and will also include celebrity interviews. Although the show won’t begin until 2016, Chelsea is already working on her first Netflix project. She will tape her first stand-up comedy special on June 20 and it will be available on Netflix on October 16.

The deal also includes four docu-comedy specials that will presumably air in 2015. These specials will follow the funny-girl as she learns more about a variety of subjects such as NASCAR, politics, Silicon Valley, and the NBA Draft. All projects will also be produced by Chelsea’s production company, Borderline Amazing Production.

“The Internet has disrupted many of the conventions of traditional television and together with Chelsea Handler, Netflix is looking forward to reimagining the late night talk show for the on-demand generation, starting with the late night part. Chelsea has built a huge following on tour, on nightly TV and through her best-selling books, and we can’t wait to introduce her breathtakingly honest and irreverent voice to our global membership,” Netflix Chief Content Officer Ted Sarandos said.

Although Netflix is her new home, Chelsea will remain in the E! family for a little while longer. The final episode of Chelsea Lately will air Aug. 26 and she will continue to produce Ross Matthews’ weekly talk show on the network. However, E! has announced that a replacement for Chelsea Lately is in development. No word on who will host or if Ross Matthews will be offered the coveted position.

Netflix is making serious waves in the television game. With Orange Is The Black and House Of Cards gaining critical acclaim, this is a good move for Chelsea. It gives her the freedom to drop as many f-bombs as she wants, say whatever comes to her twisted mind, and she will finally be able to make countless jokes about the Kardashians without having to worry about running into Kris Kardashian at the annual E! Christmas party.

Will you be watching Chelsea on Netflix? Tell us what you think a leave a comment.