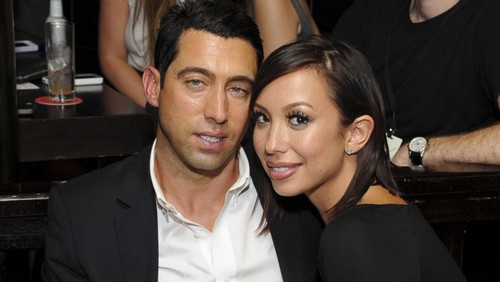 There is drama developing between Cheryl Burke, Antonio Sabato Jr. JT Torregiani, and Val Chmerkovskiy on Dancing With The Stars Season 19. Apparently, Val thought that Antonio was getting a little too close to his dancing partner Cheryl Burke, and warned her that he was a bit of a player. Tempers flared when Antonio found out, because he is happily married and upset that Val was spreading rumors about him. Rumor has it, Antonio is not the only person who is upset about the rumors floating around about him and his dancing partner Cheryl.  Seems as if drama erupts whenever a new season of DWTS starts and various romantic allusions are made between the pro dancers and the contestants.

Cheryl actually has a boyfriend, Paula Abdul’s ex JT Torregiani, a business owner an entrepreneur. If JT’s name sounds familiar, you probably remember his high-profile relationship with Paula Abdul. JT and Paula’s relationship was in the tabloids several times because she threatened to get a restraining order against him after he began stalking and pestering her after their break-up. According to GLOBE Magazine, Cheryl is very happy with JT, and she gushed “He’s been super supportive and I can’t ask for anyone better. We’re attached at the hip right now. We’re at that phase where we want to do everything together.”

We’re sure Cheryl is charming and we totally get why JT would “want to do everything” with her. But, according to a DWTS insider, there is another reason JT has been hanging around Cheryl Burke. Rumor has it he is very jealous of Cheryl and her dancing partner Antonio. Ever since Val started spreading rumors that Cheryl and Antonio were hooking up, JT won’t let her out of his sight.

Yikes! It sounds like Cheryl has a stage five clinger on her hands, she probably should have googled JT’s name before she started dating him. JT was a jealous mess when he was with Paula Abdul, and he seems to be repeating the past. Do you think JT has any reason to be jealous of Cheryl and Antonio? Or is he just being a jealous overprotective boyfriend? Let us know what you think in the comments below!