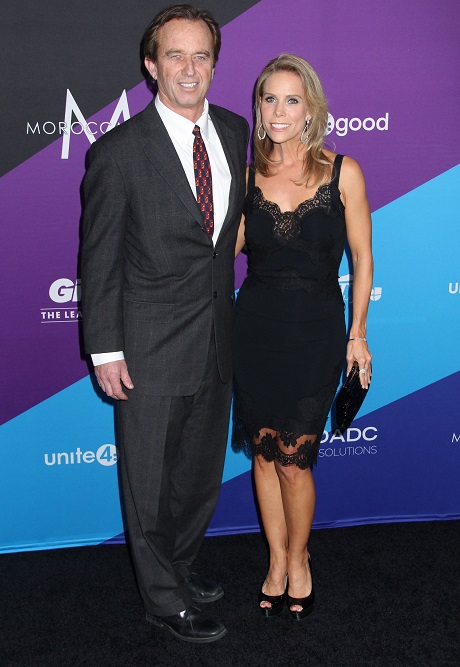 What do most women do when they realize that their fiance is cheating on them? Well, a lot of them will kick that guy to the curb. But not Cheryl Hines. After being handed some pretty solid proof that Robert F. Kennedy Jr. had been cheating on her for the better part of two years with Chelsea Kirwan, a woman who has spent quality time at the Kennedy Compound, Cheryl did not even contemplate ending things. Instead, she pushed up their wedding date! It seems that rather than wait until her late July-scheduled wedding, Cheryl and Bobby were married in a quickie ceremony a month earlier!

According to the July 21st print edition of National Enquirer, the couple turned up for holiday celebrations on the 4th of July and they were sporting matching wedding bands. Cheryl’s stepmother told the publication that she wouldn’t be at all surprised if the couple chose to swap vows in a very private ceremony. Cheryl and Bobby have been together for about three years now so it was about time for them to make it official, according to Helen Mosley.

What the heck is Cheryl thinking? Does she falsely believe that if there is a ring on Bobby’s finger then he’ll be loyal? Doesn’t she realize that all of his former wives believed the same thing only to find out the hard way that Bobby will cheat, period? Did Cheryl want to be a member of the Kennedy family so badly that any amount of BS was going to be acceptable, so long as she ended up with Bobby’s last name? How long will this marriage last? Tell us your thoughts in the comments below!