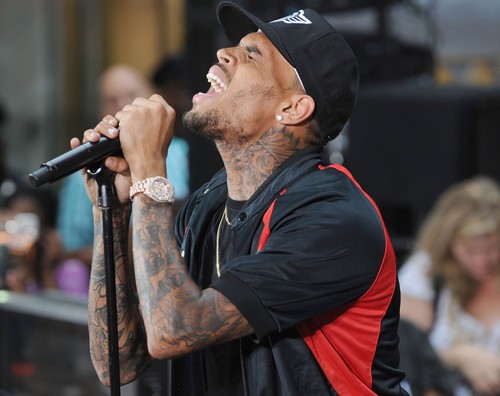 Chris Brown is currently in jail and will not be receiving any bail… at least not yet. Chris was supposed to be in rehab until Mid April but was booted because he broke internal rules of the facility he’s been staying in. As per the guidelines of his agreement, he was promptly offered three hots and a cot courtesy of the local county jail.

Well, TMZ is reporting that Chris broke three internal rules. The first internal rule was that Chris was maintain at least two feet from the females in the facility, this unorthodox rule was created specifically for him because of his battery case with Rihanna. The second rule was broken when Chris went on an authorized outing and refused to take a random drug test upon his return – he later submitted and the results were negative. The third rule was broken when he reportedly make harsh and derogatory comments during a group session.

Wow. I have a hard time keeping up with this kid’s brushes with the law and angry outbursts. I am literally confused about which incident he’s being punished for at any given time. I will say that the two feet rule seems kind of discriminatory. Did he beat his girlfriend? Yes! Was it a despicable and cowardly thing to do? Absolutely! But to enforce a rule that easy to break on one person just seems unfair and not conducive to his recovery.

What is he supposed to walk around all day with a measuring tool to make sure he’s exactly two feet behind the cafeteria lady? He’s not a habitual sex offender and as far as I know he’s not randomly punching women in the face, so why is the rule limited to women? He also beat Frank Ocean and yet no rule exists for the men at the facility. If he’s that much of a danger than he shouldn’t be around anyone. He should have been given some sort of court ordered therapy. Besides, I’m pretty sure Chris Brown only beats the women he dates. I kid, I kid; But seriously, Chris probably got booted for knocking boots with one of the females at the facility, but for some reason it isn’t listed as an infraction.

As for the second and third rules, those are serious offenses. People go to rehab to get better, and if he was being destructive to their experience and their recovery he needs to go. Group therapy sessions and rehab in general can be emotionally draining and is often the last recourse for people with serious issues. The last thing a recovering person needs is some entitled tattooed jerk spitting all over their journey to wellness.

Chris Brown’s biggest problem is Chris Brown. Dude is incapable of getting himself together so perhaps jail is where he needs to be. The legal system has been pulling punches with this kid for far too long. They need to throw his behind in gen pop where I’m sure he will be highly motivated get he’d get his act together in record time. I have a feeling those guys won’t be as easy to subdue as Rihanna. What do you guts think? Should Chris get time? Let us know in the comments section!