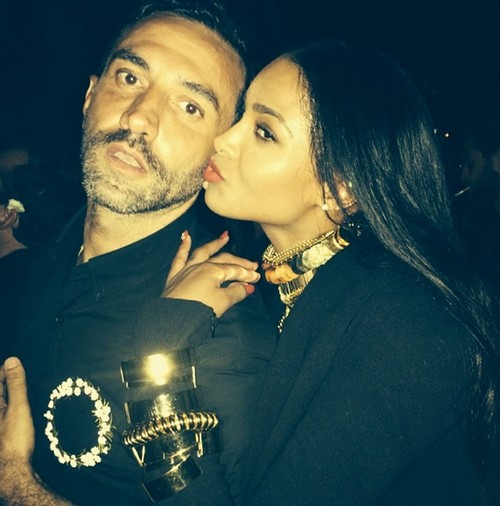 Ciara and US Weekly are embroiled in a feud, and US Weekly is winning. US Weekly published a report recently about how Ciara and Future called off their engagement because Ciara found out that Future had been cheating on her, even though she gave birth to their son, Future Zahir Wilburn, three months ago. US also added an addendum to that story quoting Ciara, claiming that she was ‘very happy’ following the news.

Unfortunately, Ciara seems to have selective memory issues and couldn’t recall telling US Weekly anything of the sort. She decided to take to Twitter to air her complaints, writing, “I did not do this interview with you! This is a lie, and tasteless…” Bla bla, it continues in that vein for some time. However, although US Weekly is a tabloid they’re not going to print an interview without proof that the interview actually took place – this isn’t an unnamed source after all – and they ended up uploading the audio of their interview, confirming that Ciara did, indeed, say those exact words. Burn.

Of course, now that Ciara’s gone out of her way to [wrongly] diss the magazine, they’re taking their revenge by going in-depth into the breakdown of her marriage. Apparently, Future actually cheated on Ciara with his stylist, which makes it doubly worse than if he had hooked up with some random woman. US Weekly’s source even adds, “She found out about the affair through multiple sources in recent weeks. There was clear evidence when she approached Future about the cheating. This was clearly not just a one-night thing.”

Yeah, Ciara might be mad that the magazine is making her look like a jilted wife, but she should remember that she started this. If she had just stuck to her initial interview, then people would have lost interest. But now, the whole world knows that Future slept with his stylist – and their affair lasted longer than a one-night stand.