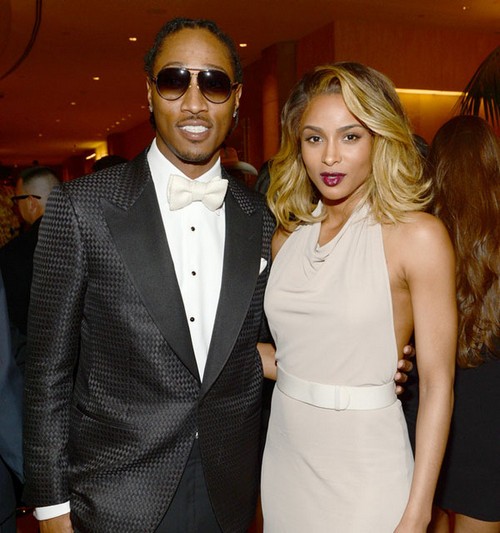 Ciara and Future break-up and have reportedly called off their engagement — all amid rumors that is Future cheating on Ciara. Ciara and Future first met in 2012 and dated for more than a year, getting engaged in October 2013. They welcomed a baby boy in May of this year, but just three months after the birth of their son, they’ve already called off the engagement because Future cheated on Ciara!

US Weekly‘s source explains that Future definitely cheated on her, and Ciara won’t be able to look past that. The source adds, “He cheated on her. Game over. She’s devastated. Ciara’s focus now is the baby.”

Well, at least Ciara isn’t trying to famewhore their break-up or look past the affair. She’s one of the few celebrities in Hollywood that’s not actively trying to take advantage of her breakup, but what’s worse for her is that she JUST gave birth to her son. She thought that she and Future would be together forever, hence the engagement, only to find out that he was a lying, cheating scumbag.

Yes, that description also applies to half of Hollywood, so the stats really don’t lie. Wonder why there are many divorces in Tinseltown? It’s because of situations like this. Future had a loving fiance and a beautiful son, and he couldn’t help himself. When you’re on top of the world and have everything you ever wanted, that’s when your character is tested – and Future’s character was clearly weak. It’s a good thing Ciara found out about the cheating now as opposed to ten years in the future, when she would have been too entrenched in the marriage to back out so quickly.

What do you guys think? Was Ciara right to split with Future and cancel their engagement because he is cheating? Let us know your thoughts in the comments below.