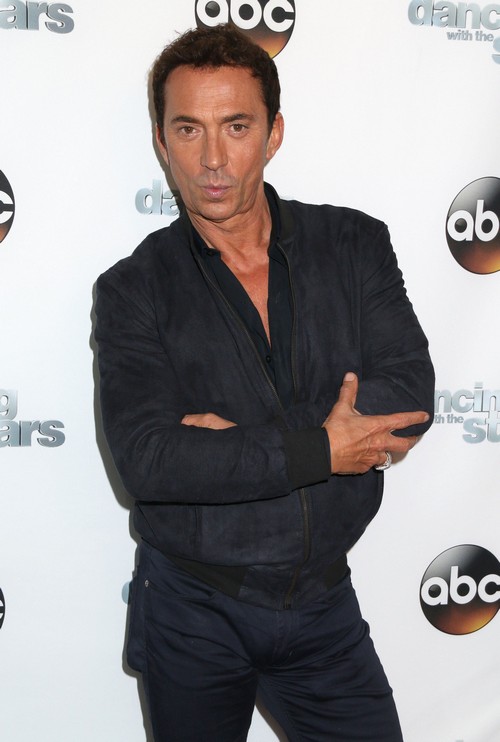 Dancing With the Stars rumors say that Bruno Tonioli is quitting and Len Goodman is resigning but for different reasons. Dancing With The Stars spoilers reveal that head judge Len Goodman is turning in his dancing shoes and resigning from the competitive ABC TV show. Goodman has appeared as the senior judge on the DWTS panel for over nine years – and apparently the 70 year old is quitting so that he can head back to his native country England and focus on other work commitments closer to home. Goodman’s unexpected exit has caused an all out war among the Dancing With The Stars cast, who all think they should be named the next head judge.

According to the December 29th edition of GLOBE Magazine, judge Bruno Tonioli is threatening to quit Dancing With The Stars if he isn’t given Len’s position when he leaves. But, the DWTS executives are uninterested in giving Bruno the raise (whether he deserves it or not). They have their sights set on controversial dancer Maksim Chmerkovskiy, and are planning to give him the head judge’s position.

GLOBE reports, “Top brass have made it clear that they want someone with the same feisty attitude as Len – and Maks fits the bill perfectly. Now, after the snub Bruno is thinking it’s time he called it quits too.” One of GLOBE’s inside sources revealed, “Maks is a real hot head and craves being the center of attention. He’s convinced he is going to be the star of the show – and he doesn’t care who he hurts!”

So DWTS fans, will you miss retiring Len Goodman? Do you think TPTB are crazy to give the head judge position to Maksim Chmerkovskiy? Should Bruno Tonioli quit after the executives totally snubbed him and gave away the position he rightfully earned to Maksim? Let us know what you think in the comments below.