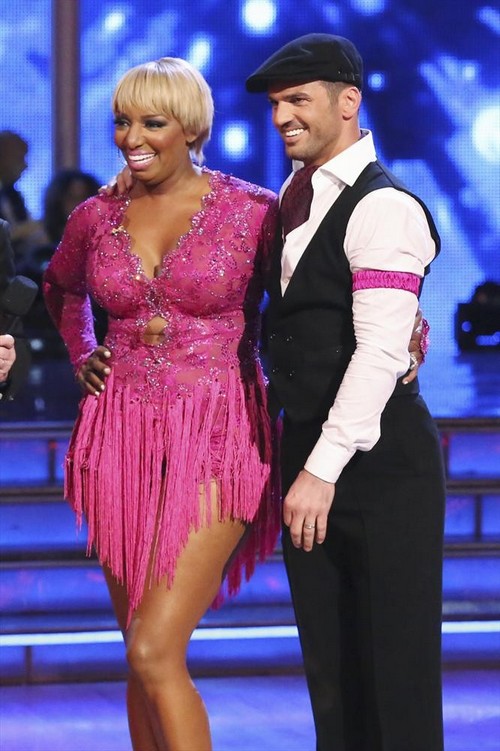 We’re going to be treated to a Disney theme on Dancing with the Stars season 18 week 5, which airs this coming Monday! The pairings have been revealed and we’ve done you a solid and listed them below (in no particular order). Will Monday’s show be all charm and fairy tale endings or will the battle for the title of Prince Charming force jealous rivals Cody Simpson and James Maslow over the edge? Leave us your thoughts below. If spoilers make you uneasy (and you don’t want the night’s magic ruined), then look away now!

Monday night’s show: “The show will begin with a spectacular opening number featuring the entire cast followed by each couple performing to songs from Disney films including “The Lion King,” “Aladdin,” “The Little Mermaid” and “Frozen.” The evening will also showcase fun elements of Disney animation. Additionally, Season 9 Champion Donny Osmond will guest judge alongside Len Goodman, Bruno Tonioli and Carrie Ann Inaba. One couple will face elimination.”

Below are a list of the pairings, alongside the assigned style and the song they’ll be dancing to. Also, be sure to click on each pair’s name for a quick refresher video of their last week’s routine! Let us know what you think about this lineup. Excited? Nervous? We’re a little bit of both. Disney songs are great — let’s just hope they all rise to the occasion and don’t make everything feel super cheezy (but DWTS is never cheezy, right?).

Danica and Val – Quickstep (“Be Our Guest” from Beauty & the Beast)

James and Peta – Contemporary (“Let it Go” by Idina Menzel, from Frozen )

Drew and Cheryl – Quickstep (“Friend Like Me” from Aladdin)

Amy and Derek – Waltz (“So This is Love” from Cinderella)

Candace and Mark – Samba (“Under the Sea” from The Little Mermaid)

Cody and Witney – Samba (“Hakuna Matata” from The Lion King)