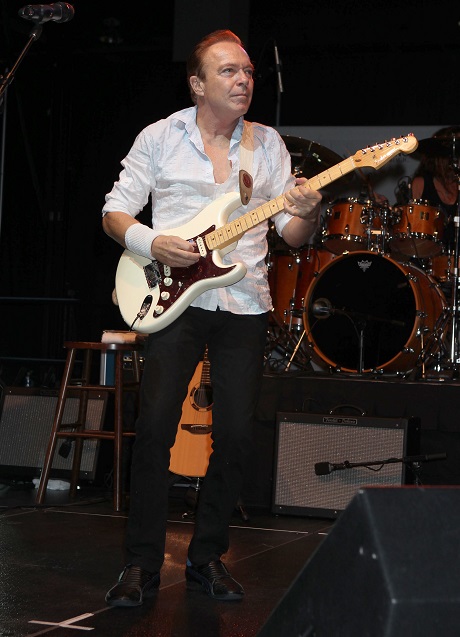 David Cassidy used to be one of the hottest guys on television back in the ’70s and, while he continues to grab headlines, it is rarely for anything productive. The star has faced a string of arrests and the stories about his drunken antics have swirled for years. This time around at least he is making waves for something different — his refusal to take a paternity test. According to the Sept. 8th print edition of The National Enquirer, Shelly Wright is a 40-year-old mom from North Carolina that believes David may be her real biological father.

Apparently, back in 1973, Shelly’s mom had a fling with David while he was in Nashville and realized that she was pregnant shortly after. After years of the family commenting on how different Shelly looked, her mom finally copped to the fact that the man raising her wasn’t her biological father. She then told Shelly about her one-night stand. Shelly has reached out to David’s publicist who refused to set up a meeting between the two.

Oddly enough, the publicist arranged a supposed DNA test that ended up being a scam according to Shelly. She then reached out to David’s son, Beau, who claimed that he would help her get a test done, but she has yet to hear any more from him. According to Shelly Wright, she simply wants to know whether or not David Cassidy really is her biological father. She’s not looking for a pay day or a hand out and Shelly claims that she and her husband do quite well financially, so that is not at all a motive.

Do you think that Shelly might actually be David Cassidy’s biological daughter? Do you think he is dodging the DNA test because he fears she could be a blood relative? Tell us your thoughts ion the comments below!