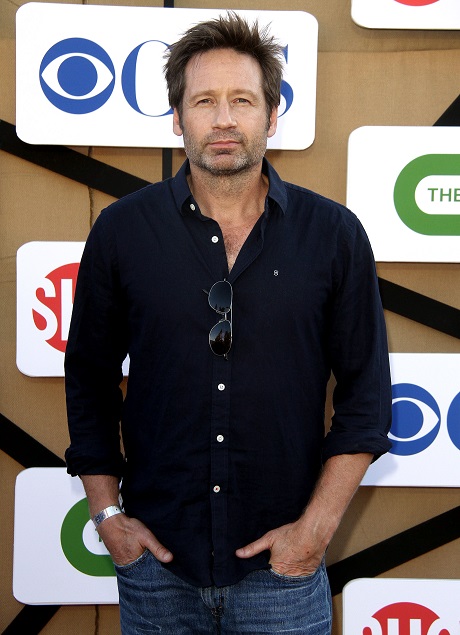 All right, David Duchovny and Gillian Anderson shippers, we’ve got some heartbreaking news for you. Apparently, according to an exclusive CDL source, the Duchillian relationship has been put on ice, leaving room for Tea Leoni to wiggle her way back into David’s life. Tea and David were spotted together on Fire Island, NY for Father’s Day. And they weren’t simply spotted…they were spotted being quite affectionate with one another. As their children played on the beach, they kissed and appeared to be one super happy couple.

CDL’s exclusive source, who contacted us on Monday, says, “David Duchovny and Tea Leoni were on Fire Island, NY for Fathers Day June 15. They were seen snuggling and kissing on the beach while their kids played with friends.”

The source continues to say that the whole relationship between David and Gillian was nothing more than a sexual arrangement — a friends with benefits situation: “Brad Davidson who is president of Think Say Records where David is recording an album, claims that Davids relationship with former co-star Gillian Anderson was just a friends with benefits situation and now David and Tea are back on, David is no longer with Gillian. Pics of him and Tea online.”

We reported on May 22nd that David and Gillian had come to a crossroads in their relationship, primarily due to David’s skyrocketing career and Gillian’s, well, struggling career. Although they recently began openly flirting on Twitter (and working their fans into a heated frenzy), the recent cancellation of Gillian’s NBC series Crisis has dealt a huge blow to their relationship. Do you think there’s some jealousy at work here?

Seems as if Duchillian is kaput. But do all you shippers out there still maintain hope? Do you think we’ll be seeing them back together in the future? Leave us your thoughts in the comments section below. We know you feel passionately about these two, and we NEED to hear from you!