Days of Our Lives Spoilers: Sami Home For Christmas, Alison Sweeney Returns – Is Will Cheating On Sonny – Jordon Kills Clyde? 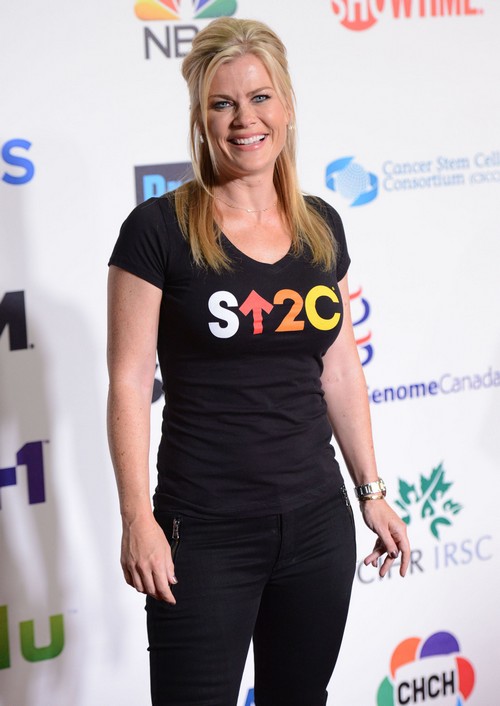 Sami Brady Returning: When the Days of Our lives writers wrote Alison Sweeney’s exit as Sami Brady, the left the storyline very open-ended and made it clear that they would welcome her back with open arms at any point. And Sweeney even mentioned in interviews that she planned on making guest appearances on special occasions and major episodes. Well, Christmas is a special occasion and always a major episode for the NBC soap, and rumor has it that Sami Brady is headed back to Salem to spend Christmas with her family.

Will’s California Lover: Days of Our Lives spoilers recently confirmed that soap newbie Spencer Neville had been cast as newbie Derrick. Rumor has it that Derrick is actually a guy that Will met in California, and possibly cheated on Sonny with. DOOL spoilers have already confirmed that when Will returns to Salem he will have “a secret” and word on social media is that newbie Derrick is his dirty little secret.

Clyde’s Exit: Chrishell Stause took to Twitter last month and confirmed Days of Our Lives spoilers that she would be leaving the NBC soap and her character Jordan would be exiting. According to DOOL rumors, Jordan’s exit will coincide with her creepy step-dad Clyde’s exit and Chrishell Stause’s character will follow through on her threats and kill Clyde. Jordan will either leave Salem to avoid going to prison, or leave Salem to go to prison.

Chelsea Brady Returning: Since the Days of Our Lives writers have been bringing back a slew of old characters, rumors have been floating around that Chelsea Brady is the next on the list to make a come-back. The last time we saw one of Salem’s biggest trouble makers was when she and her fiancé Max moved to London in 2009. According to DOOL rumors, Chelsea will head back to Salem when her relationship with Max doesn’t pan out and there could be a Chelsea-Daniel-Nicole love triangle in the future.

Aiden Is A Murderer: Days of Our Lives spoilers have been teasing for weeks that Hope’s new boyfriend, Aiden, is hiding a dark secret. Rumor has it that Aiden actually is a murderer and killed his ex-wife so that he could inherit all of her money. And, the truth is about to come out. Hope is putting on her detective hat and putting two and two together, and will soon realize that she is sleeping with a cold-blooded killer.

So, DOOL fans, would you like to see Sami Brady head back to Salem for Christmas? Did Will really cheat on his hubby Sonny? Are you as hopeful as we are that when Chrishell Stause exits she takes Creepy Clyde with her? Were you a fan of Chelsea Brady? Let us know what you think in the comments below and don’t forget to check CDL tomorrow for more Days of Our Lives spoilers and rumors.