Days of Our Lives Spoilers: All My Children’s Adam Mayfield Joins Cast – New Love Interest For Eve, Jennifer, or Melanie? 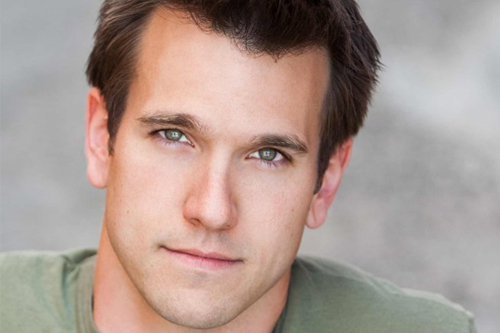 Days of Our Lives spoilers and comings and goings news confirm that there is another new character headed to Salem. When DOOL spoilers confirmed that EJ DiMera and Sami Brady were exiting, we knew they would have to bring in some fresh faces to make up for the loss – but we had no idea there would be such a steady stream of new characters. Days of Our Lives spoilers reveal that soap actor Adam Mayfield is the latest addition to the DOOL cast – and he will make his debut in 2015.

Although spoilers for Adam Mayfield’s new DOOL character are sparse – we don’t even know his name, it has been confirmed that he was on the NBC set earlier this year and his episodes will begin airing at the beginning of 2015. You most likely will recognize Adam from his role on cancelled soap opera All My Children, he played the part of Scott Chandler from 2009 – 2010. Mayfield also recently appeared in Mystery Girls, Felix Blithedale, The Client List, and Status Updates.

So far there is little to no information or spoilers out there on what Mayfield’s business in Salem could be, we don’t even know if he is a good guy or a bad guy! He could be a cop, a doctor, a lawyer, or possibly even an axe murderer. One thing is for sure, Mayfield’s character won’t have any problem finding a love interest in Salem.

There seems to be twice as many women running around as men. What do you think will bring Adam Mayfield’s character to Salem? Which single Salem woman do you think he would make a cute couple with? Eve Donovan? Melanie Jonas? Jennifer Horton? Let us know what you think in the comments below and don’t forget to check CDL tomorrow for more Days of Our Lives spoilers and news.