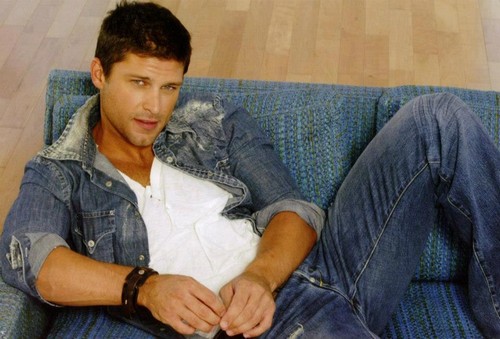 Days of Our Lives spoilers recently revealed that Melissa Archer was headed to Salem during the week of December 1 as a new character named Serena Mason. Naturally we believed that Serena was headed to town to check in on her old boyfriend Eric – after all he desperately needs a new love interest after his disastrous relationship with Nicole. But, according to all new Day of Our Lives spoilers, Eric is not the only person in Salem that Serena knows and she may not be as innocent as her character first sounded.

According to Days of Our Lives spoilers in the latest edition of CBS Soaps In Depth, Archer’s character Serena is somehow linked to Melanie Jonas’s shady past in Europe. We know that Melanie got herself in trouble in Europe and is on the run, but according to DOOL spoilers, whoever she is running from is hot on her tail and her family in Salem could be in serious danger.

Days of Our Lives Spoilers announce that the week of December 1 kicks off with Daniel and Maggie sharing their suspicions with each other over Melanie’s past, and Daniel receiving mysterious phone calls from a stranger regarding Melanie. By the end of the week Melanie is shocked when she runs face to face into her old “friend” from Europe Serena Mason.

The web that Melanie spun before she headed home to Salem seems to be getting more and more complicated by the minute. What exactly do you think she did in Europe that has people following her back to Salem and calling her father? Do you think that Serena Mason is actually Melanie’s friend, or is she a nemesis? Does this mean Eric isn’t getting a love interest? Let us know what you think in the comments below and don’t forget to check CDL tomorrow for more Days of Our Lives spoilers and news.