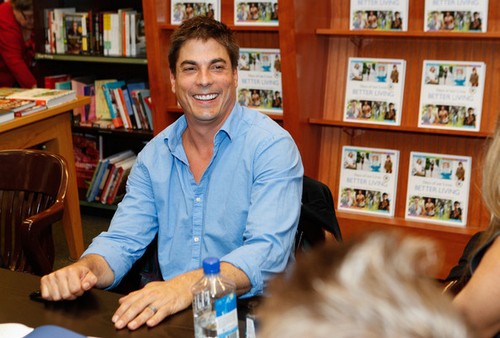 When Days Of Our Lives spoilers confirmed that Alison Sweeney and James Scott were exiting the NBC soap, we knew it would give other DOOL characters that had been put on the backburner a chance to shine. One of those characters is Bryan Dattilo’s Lucas Horton (Roberts). Lucas was a primary character on Days until he left the soap in 2010 – he later returned in 2012; however, he has been basically living in the shadows and only popping up for major events. According to new Days of Our Lives spoilers, Lucas actually has some major storylines coming up…and a new love interest!

Days of Our Lives spoilers reveal that when Lucas’s son, Will, returns to Salem after his trip to California with his mother, Sami, he and his dad will spend some quality time together on-screen and will be working side by side trying to solve a major mystery. Unfortunately, we have no idea what said mystery is; however, rumor has it that it has something to do with a huge secret Will’s hubby, Sonny, is keeping from him.

DOOL spoilers also have confirmed that this winter Lucas will finally get a new love interest! When Lucas returned to Salem in 2012 he was engaged to a woman named Autumn, and that relationship went kaput – since then Lucas has been single and ready to mingle. The real question is, who could Lucas’s new love interest be? Sami is out of the picture, Nicole is hooking up with Daniel, Jordan is exiting — is there any other women in Salem that Lucas would be interested in that aren’t related to him? OLTL alum Melissa Archer will be arriving in Salem in December as Serena, an ex-girlfriend of Eric’s. Perhaps both Eric and Lucas are interested in her?

What do you think, Days of Our Lives fans? Are you excited that Bryan Dattilo is finally getting some much-deserved screen time? Who could his new love interest be? Is there a love triangle developing between Lucas, Serena, and Eric? Let us know what you think in the comments below and don’t forget to check CDL tomorrow for more Days of Our Lives spoilers and news.