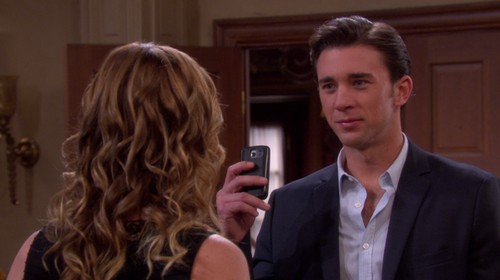 Days of Our Lives spoilers tease some exciting storylines coming up for November sweeps, and rumors have it you won’t want to miss a single episode of the NBC soap. Unless you have been living in a cave the last few months, then you are most likely aware that Alison Sweeney’s character Sami Brady will be leaving Genoa City at the end of October, but DOOL spoilers reveal there will still be plenty of drama going down in Salem after Sami is gone.

Days of Our Lives spoilers for November sweeps in the November 10th edition of ABC Soaps In Depth, reveal that Eve Donovan is in for a huge surprise. Since Eve arrived in Salem she has been meddling with other people’s lives, but it looks like the tables will finally be turned and the schemer will be getting a dose of her own medicine. Soaps in Depth reveals that “Eve will get some big news that leaves her devastated.”

Marlene has stood by John Black’s comatose side for months now, and when he finally woke up the sparks were definitely flying between them. But, Days of Our Lives rumors floating around the internet reveal that John and Marlena’s relationship is not going to last. And, the DOOL spoilers in the latest soap magazine tease, “John will start by saying goodbye to someone who has been very emotionally invested in him.” It looks like Marlena and John fans are in for a bumpy month.

The latest edition of Soaps in Depth also reveals some interesting DOOL spoilers regarding Chad DiMera. Apparently now that his brother EJ is out of the picture, Chad DiMera is ready to take over DIMera Enterprises, by any means possible. Okay, we all saw that coming a mile away. But, rumor has it he burns his partner in crime Kate in the process!

So Days fans, do you think that the NBC soap will be able to keep going with out EJ DiMera and Sami Brady? What do you think of the November spoilers? What devastating news does Eve receive, and who is John saying good-bye to? Let us know what you think in the comments below and don’t forget to check CDL tomorrow for more Days of Our Lives spoilers and news.