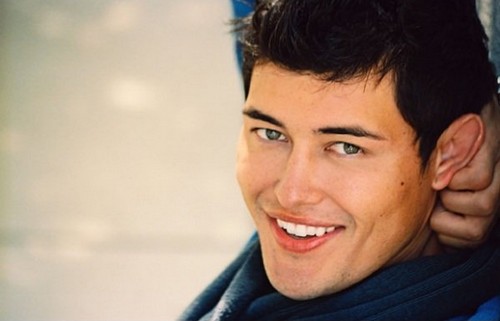 Days of Our Lives spoilers tease another new addition to the cast will debut on Friday November 7. When DOOL spoilers revealed that key characters James Scott and Alison Sweeney were exiting the NBC soap – we knew that TPTB would have to bring in a slew of new characters to fill the empty air time that EJ DiMera and Sami Brady once monopolized. According to Days of Our Lives comings and goings news, Christopher Sean has been slated as a recurring character by the name of Paul. Although Sean is new to the soap world, he did recently appear in Hawaii Five-O, The Mindy Project, and Hollywood Heights.

Days of Our Lives spoilers in the November 10th edition of Soap Opera Digest reveal that Paul will make quite a splash when he arrives in Salem and cross paths with several of our favorite DOOL characters. The magazine goes on to explain, “Paul, a famous baseball pitcher, comes to town for surgery. He’s a major flirt – as Abigail, Jordan, and Theresa soon discover.” The first character to meet Paul – is Dr. Daniel of course and rumor has it he tries to keep is new patient o the down-low because of his celebrity status.

Days of Our Lives comings and goings revealed earlier this week that Chrishell Stause was leaving Days of Our Lives, so Jordan and Paul most likely won’t amount to anything. Theresa Donovan is a schemer and a gold-digger, so Paul will definitely spark her interest. What do you think Days fans? Are you familiar with Christopher Sean – will he make a good addition to the cast? Let us know what you think in the comments below and don’t forget to check CDL tomorrow for more Days of Our Lives spoilers and news.