Days of Our Lives Spoilers: Will Brady Hook Up With Molly Burnett’s Character Melanie Jonas After Dumping Theresa? 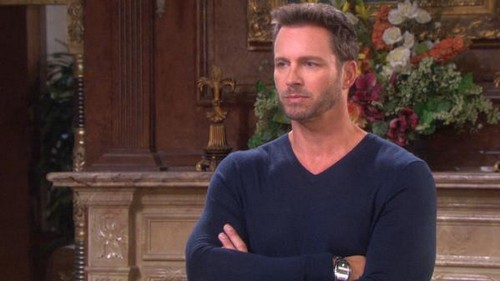 Days of Our Lives spoilers tease that after Kristen DiMera’s baby-napping scheme, Theresa Donovan and Brady Black’s relationship is pretty much kaput. DOOL spoilers have already teased that Theresa is moving on and has set her sights on newcomer Paul. And, with Kristen having left Salem for the foreseeable future, the odds of her and Brady reconciling any time soon are slim to none. So, Brady Black is officially back on the market and single and ready to mingle.

So, who will be newly single Brady Black’s new love interest? According to recent Days of Our Lives comings and goings news, Molly Burnett is headed back to Salem to reprise her role of Melanie Jonas. Melanie and Brady were close friends in the past, so there is a chance they could start hooking up. Melanie was involved with Chad DiMera, but he seems to be busy swooning over Chrishell Stause’s character Jordan.

Days of Our Lives spoilers also recently revealed that there is a new character headed to Salem named Serena, she is set to be played by One Life To Live alum Melissa Archer. Archer is a little old to be playing a love interest for Brady, but he almost married Kristen DiMera and she’s no “spring chicken.”

What do you think, Days fans? With Brady Black back on the market and Kristen and Theresa out of the picture, who would you like to see Brady hook up with? Could you see him and Melanie Jonas in a relationship? What about newbie Serena? Let us know what you think in the comments below and don’t forget to check CDL tomorrow for more Days of Our Lives spoilers and news.