Days of Our Lives Spoilers: EJ DiMera Recast NOT Adam Mayfield – Character From Serena’s Past, Her Husband? 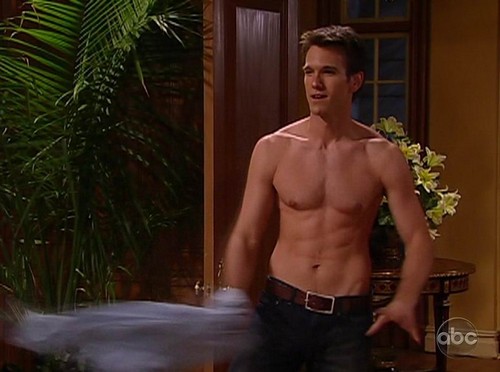 Days of Our Lives spoilers and comings and goings casting news recently revealed that All My Children alum Adam Mayfield had been filming scenes for the NBC soap. Rumors began running rampant on the internet among Days of Our Lives message boards and Facebook groups that Mayfield was an EJ DiMera recast and the character was coming back to life and he was James Scott’s replacement. The fact that DOOL was silent on Mayfield’s new role only added fuel to the fire.

According to Days of Our Lives spoilers, a rep from the show has finally confirmed that Adam Mayfield has indeed joined the cast of the NBC soap. However, he is NOT an EJ DiMera recast, he is actually playing that part of a new character that is set to debut in January, and is someone from newbie Serena Mason’s past.

Days of Our Lives spoilers tease that during the week of December 15 Nicole grows jealous of Eric’s new love interest with his old flame, and decides to use her journalist skills to investigate Serena and see what she has been up to since her last romp with the ex-preacher. So, Mayfield’s character may be someone that Nicole tracks down to get dirt on Serena. It will definitely be interesting to see what role the new character played in Serena’s life. He could be an ex boyfriend, or husband, or maybe someone affiliated with law enforcement.

So DOOL fans, now that the madness over an EJ DiMera recast can end, were you hoping they were bringing the character back to life? Just because Adam Mayfield isn’t James Scott’s replacement, doesn’t mean there won’t be one soon? Who would you like to see take on the part? Do you think Serena Mason is hiding something from Eric? Let us know what you think in the comments below and don’t forget to check CDL tomorrow for more Days of Our Lives spoilers and news.