Days of Our Lives Spoilers: Hope Gets Warning About Aiden, Will Meets Paul, Nicole Undermines Serena 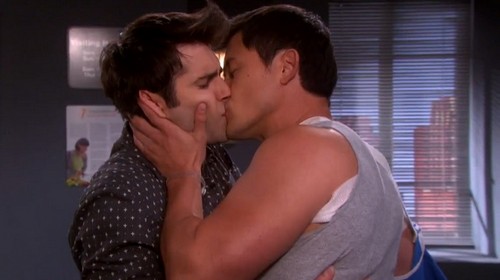 Days of Our Lives spoilers tease another exciting session of drama during the week of December 15. According to Days of Our lives spoilers, fans will not want to miss a single episode of the NBC soap. Rumor has it more information will be revealed about Aiden’s mysterious past, rivalries will continue to grow between a few Salemites, and one marriage will be put to the test.

Monday December 15: According to Days of Our Lives spoilers for Monday December 15, Hope receives some unsettling news and a warning about her new beau Aiden. DOOL fans have been speculating that Aiden may have actually murdered his previous wife – and the evidence against him will continue to pile up.

Tuesday December 16: When Days of Our Lives comings and goings revealed that Melissa Archer would be arriving in Salem as Serena Mason, DOOL rumors began running rampant that Nicole would not be happy about Eric’s new love interest. Spoilers reveal that on December 16th Nicole will meet Eric’s ex – and it will not go over well.

Wednesday December 17: Salem’s resident villain Theresa Donovan got a run for her money from Melanie Jonas last week, and according to Days of Our Lives rumors the two women will cross paths once again during the week of December 15th. Spoilers tease that all hell breaks loose when Theresa and Melanie get in to another fight and Melanie accuses her of trying to trap Brady with a faux pregnancy.

Thursday December 18: According to Days of Our Lives spoilers, on December 18th Nicole rubs her old flame Eric the wrong way when she decides to use her investigative talents to dig up some dirt on his new love interest Serena Mason. Meanwhile, Eve Donovan continues scheming and using her father’s “illness” to her advantage.

Friday December 19: DOOL spoilers tease that on December 19th fans can expect an intense conversation between Nicole and Daniel. Meanwhile, across town Will meets Paul Norita and questions him about his love life and whether he is involved with anyone in Salem.

So Days fans, do you think that Aiden is a murderer? What kind of “unsettling news” will Hope learn about her new boyfriend? What kind of dirt will Nicole dig up on Serena Mason, is there more to her than meets the eye? Are you Team Theresa or Team Melanie? Let us know what you think in the comments below and don’t forget to check CDL tomorrow for more Days of Our Lives spoilers and news. Don’t forget to check out our Best Soap Death of 2014 article and poll!