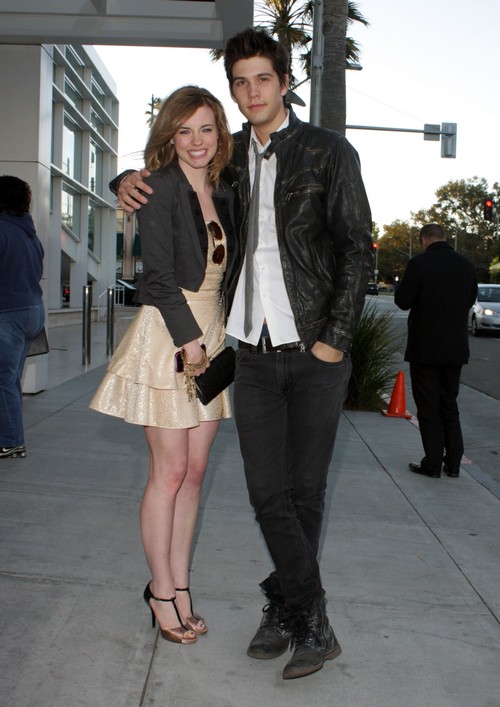 The cast of Days of Our Lives is dropping like flies and several characters have already exited the canvas or are in the process of doing so. With big names like James Scott and Alison Sweeney saying their good-byes, it only makes sense that TPTB at DOOL are going to have to bring in some new characters — or some old ones that we haven’t seen in a while. According to Days of Our Lives spoilers, one of those returning characters will be Melanie Jonas, played by soap actress Molly Burnett.

Melanie Jonas was a key player on Days of Our Lives from 2008-2012. Jonas is well-known for her relationship with Chad DiMeras and her frienemy Gabi Hernandez. In 2012, Melanie suffered a series of traumatic events when she was kidnapped by a man named Andrew and then the man that killed her adopted father, Nick Fallon, returned to Salem. Jonas packed up and moved to Europe to live with her mother.

A recent story line on Days Of Our Lives set the stage for Melanie’s return: it was revealed by Gabi Hernandez before she shipped off to prison for killing Nick Fallon that she was actually responsible for Melanie’s kidnapping and had hired Andrew to stalk Melanie. With the man that killed her father now dead, and her ex-BFF who had her kidnapped off to prison, Salem seems safe for Melanie Jonas to return.

According to Soap Opera Digest’s June June 23rd edition, the rumors are indeed true, and Molly Burnett is definitely returning to Days of Our Lives. Perhaps the return of Melanie Jonas will also mean the return of Chad DiMeras? What do you think of the Molly Burnett returning to DOOL? Let us know in the comments section below and don’t forget to check CDL for all of your Days of Our Lives spoilers.