Days of Our Lives Spoilers: Will James Scott Exit DOOL When Clyde Kills Him? Susan Says EJ’s Life Is In Danger 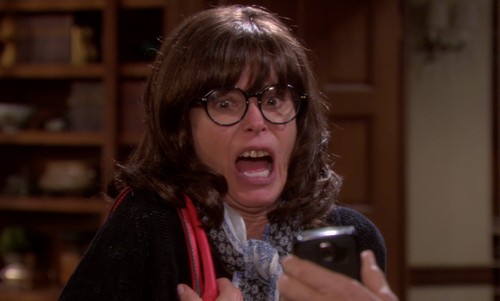 Days of Our Lives spoilers revealed months ago that James Scott was leaving the NBC soap opera, and his character EJ DiMera would be leaving Salem for good.  Fans have racked their brains about how EJ will leave, whether he would be killed off, or exit on his own accord.  DOOL fans noticed pictures of an urn in some behind the scenes photos taken of Alison Sweeney on her last day of filming, and rumors began running rampant that the urn contained EJ’s ashes and he would be killed off.  EJ’s last air date is rapidly approaching and is rumored to occur during the next two weeks, and so far there have been no clues as to who may kill him, until now.

Recently Susan Banks made a spontaneous visit to Salem, and announced she returned because she had a premonition and she knew her son EJ was in danger.  She left just as quickly as she arrived, but on October 1 she sent EJ a cryptic text message. “My darling Elvis I cannot remain in Salem.  The vampires will prevent me from defending you.  I will help you even from far, far away.  I love you my precious boy, promise me you’ll be very careful.  Evil still lurks.”

So what evil lurks in Salem that wants to take out EJ DiMera?  Jordan and Ben’s estranged father Clyde, who has been trying to do business with EJ and been repeatedly shut down by the powerful DiMera.  On October 1 Clyde confided in his henchman that he was going to take EJ down, and “handle him.”  Jeremiah joked that this was like his “Art Breslin solution” and if he handles EJ the way he did Art, the entire DiMera Family will want him dead.  Sure, Clyde doesn’t flat out say he is going to kill EJ DiMera, but he does imply that in not so many words.

What do you think DOOL fans?  Is the evil that Susan was referring to Clyde?  Is this how James Scott will exit the soap, being murdered by of all people, Clyde?  Let us know what you think in the comments below and don’t forget to check CDL tomorrow for more Days Of Our Lives spoilers.