Days of Our Lives Spoilers: John Attacked Viciously by Theresa and Almost Killed – Brady Blamed For The Crime 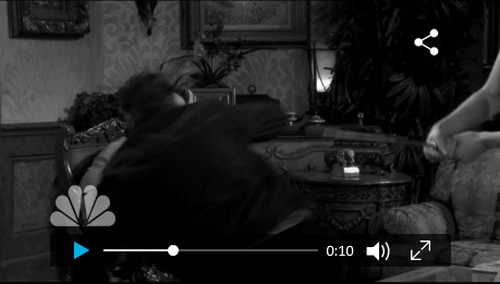 Days of Our Lives fans knew Theresa Donovan was bad news, but her latest scheme will blow everyone’s minds. According to a Days of Our Lives spoiler video recently released by NBC, Theresa tries to get her hubby Brady’s dad John Black out of their lives for once and for all. John has been campaigning to get Brady sober for months now, and his plan of attack was to cut Brady off form his enabler Theresa. Judging from the DOOL spoilers for the week of July 14th, Theresa didn’t take too kindly to his plan, and will do anything to stop John from trying to break up her and Brady.

In the latest Days of Our Lives spoiler video it looks like Brady has blacked out and can’t remember what he did all day. Theresa informs him that he attacked his father John Black and hit him over the head, and he is currently lying in a hospital bed unconscious. The DOOL spoiler video also reveals that Theresa is actually the one who his John Black over the head, and she placed the weapon in Brady’s hands while he was passed out, and lied and told him he is the one who put his father in the intensive care unit.

So DOOL fans, what do you think Theresa’s end game is? What does she gain by convincing Brady that he almost killed his own father? Do you think she planned the entire scheme, or she hit John over the head in a fit of rage and then just panicked and framed Brady for the crime? Share your thoughts and theories in the comment section below and don’t forget to check CDL tomorrow for more Days of Our Lives spoilers.