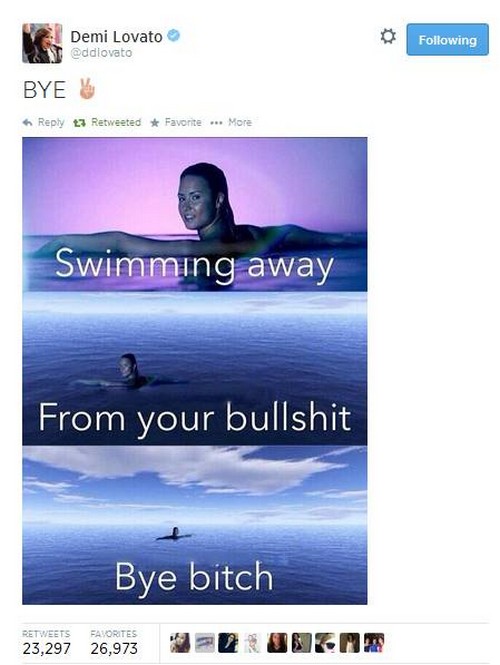 Perhaps Selena Gomez should take a really good look around her, one without those rose colored glasses. Perhaps if she did that she would realize that she has two options, a life with Justin Bieber and no one else in it or else no Justin but then everything else is intact. Biebs bad behavior is in one way or another at the route of why all of Selena’s friends have bailed on her because no one wants to be affiliated with the spoiled, violent kid. The more her friends try to talk to her about Justin, the louder her defense of him seems to get until finally everyone walks away.

This is Demi Lovato’s second time to get off of the merry-go-round and ironically at nearly the same time that she deleted Selena from Instagram her boyfriend Wilmer Valderamma’s Twitter account was hacked. Obviously this had to be kind of an inside job. I mean in order to post sexy pictures you had to have physical access to his phone, right? Apparently that’s what Demi is thinking too and it prompted her to completely bury the friendship. It seems as though Demi is pointing a finger straight at Selena. If it wasn’t her directly then it might have been one of Selena’s crew. Let’s not forget that the hacker posted a big fat cartoon of Demi compared unfavorably with petite versions of Miley Cyrus, Ariana Grande, and of course, Selena Gomez. 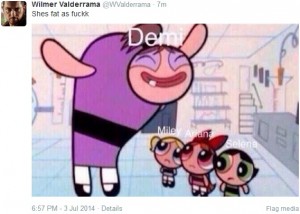 Demi has made it crystal clear that she is done with Selena but do you think that Selena herself is responsible for the hacking? Or did one of the people that she runs with instead do the dirty deed for her? Either way it feels pretty likely that this is one of the big reasons why Demi ended their friendship doesn’t it? Tell us your thoughts in the comments