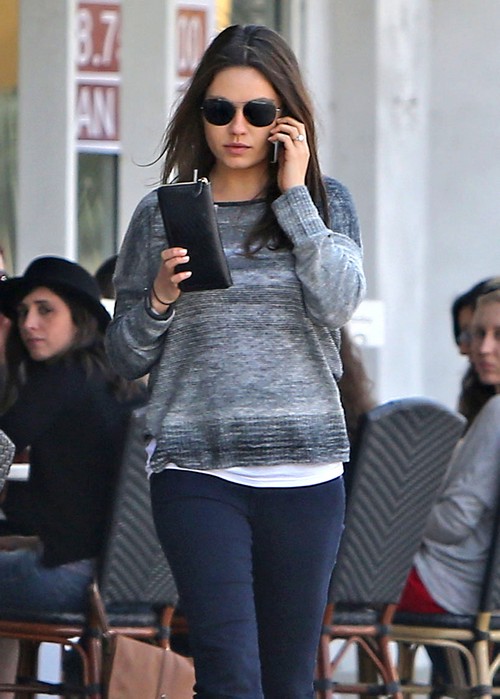 Well, it’s E! Online official, Ashton Kutcher and Mila Kunis are expecting their first child. The rumor mill has been trying to put a bun in Mila’s oven for months, and it looks like every tabloid’s dream has finally come true. There is a little ‘That 70’s Show’ offspring on the way. (Although, it still hasn’t been confirmed whether or not the pair is truly expecting twins.)

Sure, we want all the adorable details. Is it a boy, or a girl, or twins? What names have they picked out and what color is their nursery? But, first we want to know…what crazy and ridiculously immature stunt is Kutcher’s ex-wife Demi going to pull now that she knows the love of her life is having a child with the love of his life?

Demi Moore couldn’t even handle Ashton Kutcher divorcing her. We all remember the suicide watch, hunger strikes, and drunken nights out on the town in her teen daughter’s clothes with a different man every night of the week.

Two weeks ago OK! Magazine reported that Demi had somehow gotten a hold of Mila Kunis’s personal cell phone number and was calling Ashton’s new fiancé to warn her about him. Moore felt the need to call Mila and let her know that Ashton would cheat on her, just like he allegedly did to Demi. Does anyone else realize how creepy and potentially dangerous that is? Demi has always been a little off her rocker, a lot off her rocker when it comes to Ashton. Stalking Mila via telephone is just the beginning. Now that Mila is pregnant with Ashton’s baby, she is probably going to find Demi hiding in her shrubs outside of her house, just to warn Mila that Ashton isn’t going to be a good father.

What kind of crazy antics do you think Demi is going to pull now that Mila is officially pregnant, share your theories in the comments below. Do you think there is a restraining order in Demi Moore’s future?