Demi Moore And Sean Friday Engaged: She Casts Her Love Spell Over Another Boy Toy? 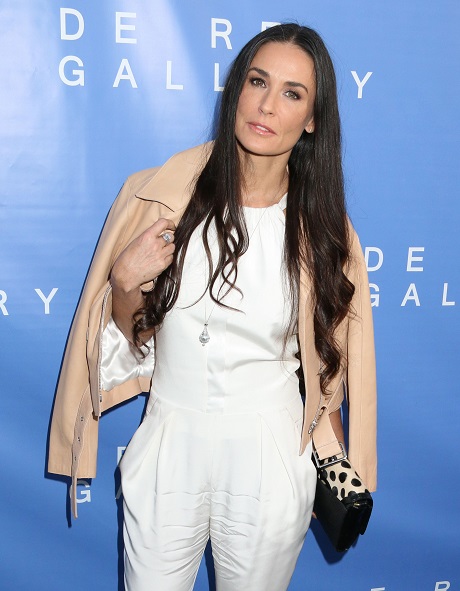 Demi Moore thinks that just because she convinced Ashton Kutcher to marry her, she can convince the rest of her boy toys to do the same. Demi is also apparently aiming for Baby no. 4, because she’s done such a stellar job of raising the three she has so far. One’s famous for running down the streets of NYC topless, another is famous for being an ‘actress’, and the third has somehow managed to escape notoriety – for now.

According to a new report from the National Enquirer, Demi is trying to convince her latest boy toy, 27-year-old Sean Friday, to get married and have children with her. Apparently, she’s already persuaded Sean that it’s a good idea, with the Enquirer’s source adding, “They’ve been talking marriage and are going to slip away somewhere quiet and get engaged. They are even planning to have a baby!”

And lest you think that Demi’s desire for commitment and family is the only thing she wants out of this arrangement, think again! Sources state that Demi also wants to steal attention away from Ashton Kutcher and Mila Kunis, especially as her former husband and his new fiance prepare for their own wedding and baby birth.

Right. Demi’s solution to getting divorced from a 35-year-old playboy is to get married to a 27-year-old rocker? Seriously? This woman really needs people in her life who will stop her from making these kinds of decisions. In all honesty, it really wouldn’t be that surprising to see Demi getting married to Sean, but at the same time, it would be shocking if their marriage lasted beyond a couple of years.