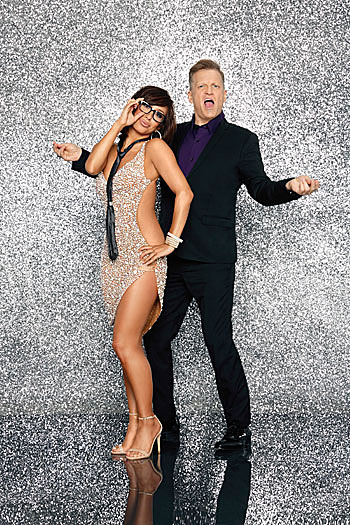 Stand-up comic, actor and producer Drew Carey danced a Foxtrot, on tonight’s season 18 premeire of Dancing with the Stars. For the first time ever the show will premiere with a massive opening number featuring all pro dancers as they perform live with musical guest Jason Derulo.   We posted a nifty bio of Drew so you can get more familiar with him.  If you missed tonight’s show you can read a full and detailed recap, right here.

Drew Carey and professional dancer Cheryl Burke: dancing a Foxtrot.  Drew has been getting ready for his dance tonight.  He tweeted, “SAVE THIS NUMBER and dial it constantly starting Monday at 8 EST :) 1-800-868-3409 Thanks!!!!”