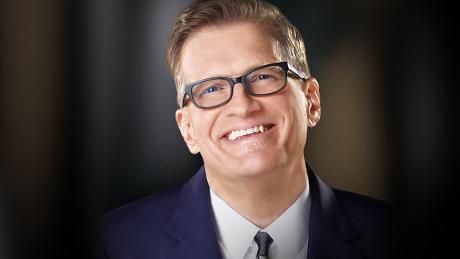 Before the new season of Dancing with the Stars premieres, we wanted to take a moment to introduce you to Drew Carey, who’ll be partnering up with Cheryl Burke. DWTS is gearing up for another season of hot ballroom dancing and super-sizzle-sexy flare and will feature some great celebrity dancers. If you missed the announcement, please click here for the full roster of DWTS season 18 cast members. Continue reading for a bit more information on Drew!

“Drew Carey is a stand-up comic turned actor and producer who had the distinction of having two hit shows simultaneously: the long-running comedy “The Drew Carey Show,” which ran from 1995-2004 and the improv/sketch show “Whose Line Is It Anyway?” on which he was host and a producer. The success of that show led to the creation of “Drew Carey’s Improv All-Stars,” an improv troupe that performs in showrooms across the country.

“In July 2007, he was named the host of “The Price Is Right,” succeeding longtime host Bob Barker. He began his successful career as a comedian in April of 1986 at the Cleveland Comedy Club. In 1988, one of his first big breaks was competing on “Star Search.” In 1991, Carey landed a spot on HBO’s “14th Annual Young Comedians Special” and appeared on “The Tonight Show with Johnny Carson.”