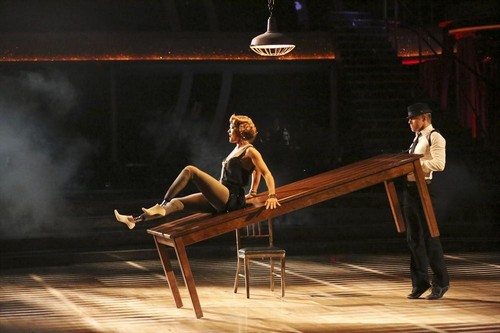 Derek Hough might be quitting Dancing With the Stars, and honestly, it’s about time. The professional dancer and choreographer has been on the show for so many years that he’s even won five times. Five times! What is even the point of continuing something when you’ve won five times?

Well, no I take that back. The point is that he’s getting millions of dollars for his work, and it’s a safe, steady paycheck. Unlike his sister, Julianne Hough, Derek’s dabbling in other creative endeavors – music and acting, to be more specific – haven’t been as successful as his dancing career. He might be scared of trying something new, especially if he has to leave the equivalent of his own cushy desk job to do so.

But alas, he might actually be leaving the show next season – and by his own words, too. Although he placed second on this season, Derek admits that the only reason he signed on was for his partner, Amy Purdy. He explains, “Honestly, before this season, I wasn’t sure. I feel like I’ve kind of done it. I’ve done a lot on this show. When they told me about Amy, I 100% signed up right away. I knew that this was something that was more special than a competition dance show and I really feel like we’ve accomplished everything and more.”

Fair enough, and he’s right. Amy coming in second place shows the whole world that losing your legs doesn’t mean that you give up on your dreams, and if that was his reason for staying on the show, it’s a good reason. However, I doubt there’ll be anything as compelling keeping him on the show for the next season, and it’s a pretty safe bet that either he’ll leave the show or that he’ll be offered a bajillion dollars to stay. I’m going to go with him leaving because at this point, Dancing With the Stars is sort of a self-propelling machine – and ABC isn’t going to want to cough up the money required to make him stay when they can spend it on another celebrity instead.