LeAnn Rimes Divorce: Eddie Cibrian Cheating With New Mistress Like He Did on Brandi Glanville 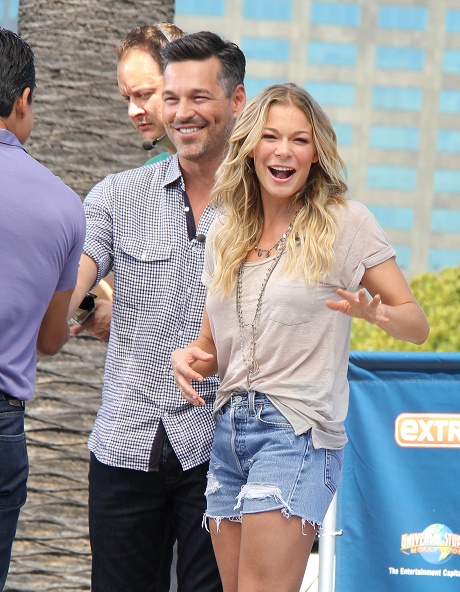 Once a cheater always a cheater, right? Well, LeAnn Rimes seemed determined to prove that old adage wrong, and was confident that Eddie Cibrian would never cheat on her like he did Real Housewives of Beverly Hill’s Brandi Glanville. But, according to the October 6th edition of OK! Magazine, the inevitable has finally happened, and Eddie Cibrian has started cheating on LeAnn Rimes. Hollywood home-wreckers turned wives seem to all learn the hard way that if he cheated with you, he will eventually cheat on you (Yes, Tori Spelling we mean you too).

The cover of this week’s OK! Magazine reads, “LeAnn & Eddie – It’s Over – Eddie Caught Cheating!” LeAnn posts a steady stream of “happy couple” pictures to her social media accounts and constantly brags about how “blessed” she is to be with Eddie and how amazing their marriage is, but as well predicted, it’s just a big façade. According to OK!’s inside source, there’s a new woman in Eddie’s life, it’s someone who isn’t famous and he is “really into her.” The source goes on to explain that Eddie “emotionally checked out of his marriage months ago,” and has been openly flirting with dozens of women since April.

So, if Eddie is openly cheating on LeAnn and “emotionally checked out” of his marriage, why haven’t they divorced? Well, Eddie is flat broke, aside from his reality TV debut he hasn’t landed any gigs and he is still paying Brandi Glanville. He needs LeAnn, and we all know the last thing LeAnn Rimes will ever admit is that she went from being the cheater, to the cheated on. She basically broadcasted that Eddie Cibrian would never cheat on her like he did Brandi Glanville; she will look like a fool if Eddie’s new affair goes public. LeAnn Rimes is living proof that karma really is a Bi—h.

Do you believe OK!’s cover story on Eddie Cibrian cheating on LeAnn Rimes? Are you surprised by his affair, or surprised he waited this long to have another affair? Are you as curious as we are about his non-famous mistress? Let us know what you think in the comments below!