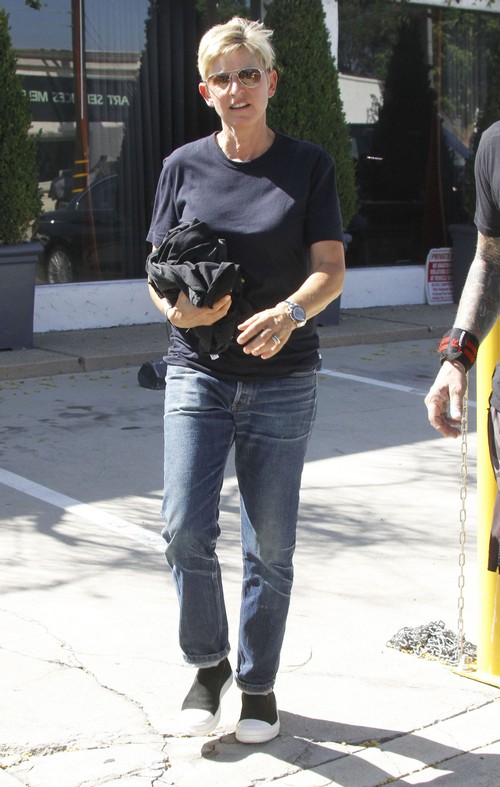 Ellen DeGeneres and Portia de Rossi divorce rumors continue to keep us guessing with their roller coaster of a marriage. It seems like every other week they are either making up or breaking up. With Portia de Rossi’s rehab stint in the past and recent career success on ABC’s popular drama Scandal – we all assumed that some of the stresses on her and Ellen’s marriage would be lessened. But, Portia’s sobriety and budding career seem to be having the opposite effect on the couple, and rumor has it their divorce is back on!

Portia and Ellen were caught I the media’s cross-hairs last week when they failed to show up to a SavingSpot! Charity event, where hundreds of fans had gathered for their appearance. Although Ellen’s team released a statement insisting that the charity knew they weren’t coming and failed to mention it to attendees, multiple reports are claiming the reason they really didn’t show up was because they got in a huge fight in the car on the way there.

What could the couple possibly have to fight about? Well, apparently now that Portia is sober and has a career of her own, Ellen is furious. When your wife is strung out and insecure it is easy to control her, but now that Portia is sober and has a new found confidence – she isn’t taking Ellen’s crap anymore! According to the November 17th edition of Star Magazine, “Ellen and Portia’s pals are worried that the duo are just trying to protect their reputations by pretending to be happy. Ellen wants the world to believe that everything is fine, that’s why she constantly talks about the marriage on her show.”

Well, Ellen DeGeneres isn’t fooling anyone. The talk show host has always been dubbed as a “control freak” and it obviously is infuriating her that she can’t control Portia the way that she used to. Do you think Portia’s new sobriety and positive outlook is destroying her relationship with Ellen? Shouldn’t Ellen be happy for her wife and her career success? Let us know what you think in the comments below!