Ellen DeGeneres Divorce: Portia de Rossi Wants Ellen To Start Her Own Magazine To Save Marriage? 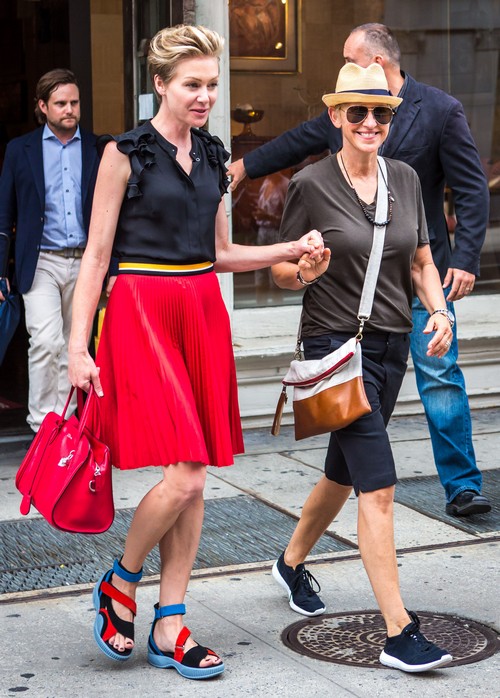 Ellen DeGeneres and Portia de Rossi are one of Hollywood’s most famous couples, but that doesn’t necessarily mean that they’re one of the most stable couples. If the tabloids are accurate, then Ellen and Portia have been on the verge of a divorce for a long, long time. However, let’s not take anything the tabloids say too seriously, because let’s face it, their target rate is about 1 in 20.

That being said, there is such a large influx of Ellen and Portia rumors these days that we’ve come up with various possibilities: (1) Ellen and Portia really are getting divorced, and they’re just hiding it really well. (2) Somebody close to them is trying to ruin their image, and keeps leaking all these rumors. (3) People are morbidly fascinated with Ellen and Portia’s marriage crumbling, so the tabloids create fan fiction for their readers.

Really, it could also be a combination of all three. We’ll never know until we know, right? Plus, a new report from Star Magazine claims that Ellen is now thinking about getting her own monthly magazine. Some sources claim that Ellen’s planning on giving that magazine to Portia to run, just so she’ll have something to do. It can’t be easy being the wife of such a successful celebrity, especially one that has her own talk show. Yes, running a magazine and running a talk show are two very different things, but maybe Ellen thinks it’ll keep Portia occupied on something other than her love life. Or maybe she just wants her own monthly magazine to target all those pesky divorce rumors.