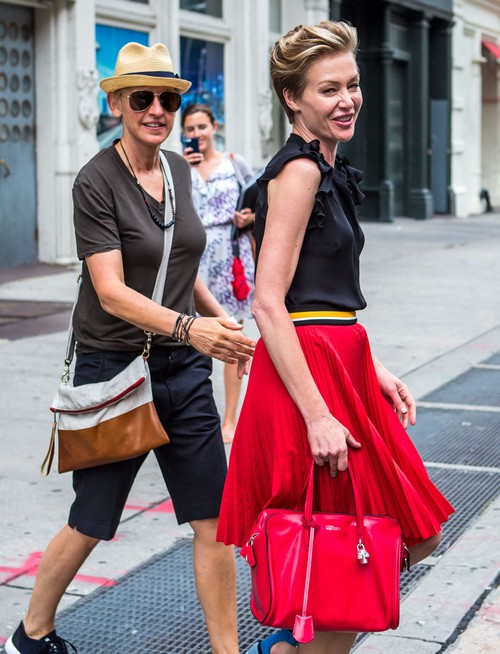 Apparently, Sofia’s turned to Ellen to help her through her breakup with fiance Nick Loeb, and it’s not sitting well with Portia. Portia’s apparently jealous of Sofia’s touchy-feely behavior with Ellen, and thinks that Sofia should just back off. She’s reportedly always been wary of Ellen’s closeness with Sofia, and now that the two are getting even closer, Portia is getting even more insecure. Despite Ellen’s reassurances that there’s nothing going on, Portia’s reportedly determined to get to the bottom of this – even if there is nothing to get to the bottom of.

Well, at least the tabloids have turned the table and made Ellen cheat with another celebrity this time, instead of 20-something women. I do find it interesting that most of these tabloids conveniently ignore the fact that the other woman is straight in their stories, and just assume that Ellen flirting with Sofia means that they’re ‘HOOKING UP!!!!!’

What do you guys think about Ellen and Portia supposedly fighting over Sofia? I know, ‘they couldn’t find anyone else to fight over?’ was the first thought that entered my head as well.