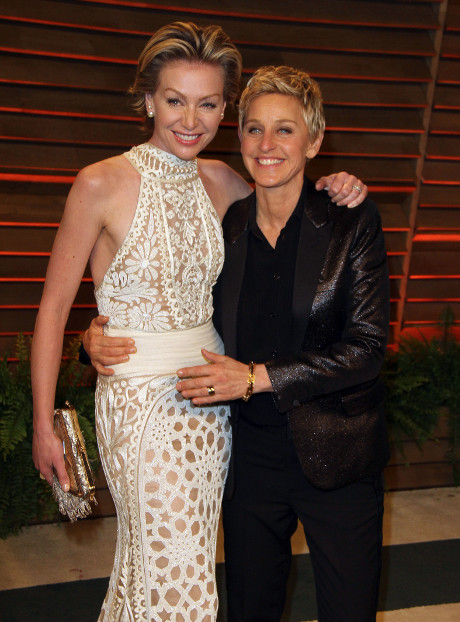 Ellen DeGeneres and Portia de Rossi have always seemed like the epitome of a happily married couple, despite the constant speculation that surrounds their marriage. In the past decade, the duo have stayed relatively private – or at least, as private as their status will allow.

However, the past few years has seen the amount of rumors surrounding their marriage increase, suggesting everything from infidelity to unhappiness. Some rumors claim that Ellen and Portia have grown tired of each other, and other rumors suggest that Portia and Ellen are fighting about having a child. But the one we’re most commonly hearing, especially from the tabloids, is that Ellen has grown insecure about Portia staying with her. Considering the 15 year age gap between the two, is that so hard to believe?

Ellen and Portia got married a few years ago, and although Ellen has grown significantly more famous since then, she’s also getting older. The age difference between her and Portia has also grown more apparent, and it’s not difficult to believe that she would be feeling worried about Portia straying. So far, we’ve never gotten any concrete evidence to suggest that Portia is cheating on Ellen or even looking the other way, although we’ve gotten plenty of rumors. But, even then, can you blame Ellen for wanting to spare herself the humiliation and pain, if Portia does end up cheating in the future?

For what it’s worth, I think the couple works hard at their marriage, and I don’t think they’ll be divorcing any time soon – if ever. However, the tabloids clearly disagree with that sentiment, and if Ellen truly is this insecure about her marriage, then clearly trust is not the only issue that they have.