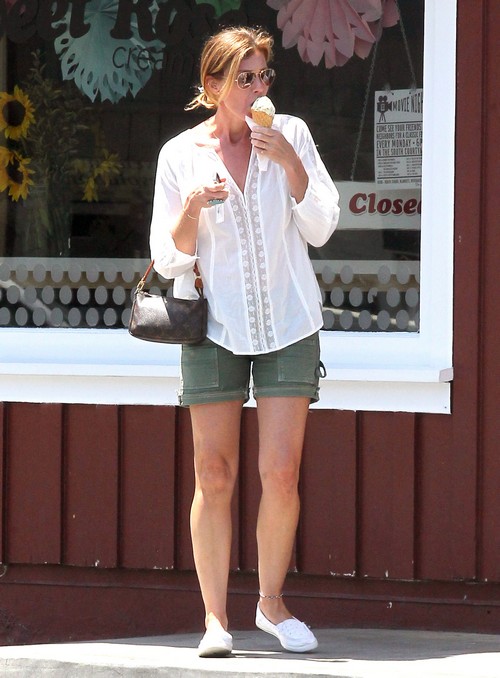 Faith Hill and Tim McGraw have had their fair share of troubles lately, not least that Tim seems to have a penchant for hooking up with other women. However, they’ve always managed to bounce back to each other, even if they have had regular affairs outside of their marriage. But with that being said, new reports suggest that Faith and Tim are on the verge of divorce anyway, and this time they’re fighting about money.

According to the latest cover issue of Star Magazine, Faith is blaming Tim for their ‘crushing’ financial situation. Star’s source explains, “Faith has Tim by the nuts when it comes to their business, and he knows that if she divorced him he’d be left with nothing… [so] they stay in this unhappy marriage.”

Well, I don’t see how any of then resembles ‘crushing’ money troubles, but that’s a pretty innovative way to prevent a divorce from happening. Perhaps Tim was tiring of pretending to be happily married, and wanted to get divorced officially? Maybe that’s why he’s been talking so much about his drug-addled past lately, in the hopes of reminding Faith that he was a lost cause for most of their marriage. Whatever it is, it’s not working. Faith now has another thing to hang over his head and prevent a divorce, and there’s now way Tim’s going to risk going broke by filing for a divorce.

Besides, Star also says that Faith is incredibly conscious about the public’s perception of them, and she won’t stand for anything less than a picture-perfect marriage. But I don’t think she realizes that anybody who reads the tabloids and news has a different impression, regardless of whether those stories are true or not.

Faith Hill takes her daughters Audrey & Gracie to get ice cream at the Brentwood Country Mart on June 27, 2104 in Brentwood, California. It is being reported that Faith’s marriage to Tim McGraw is on the rocks because of Tim’s history with alcohol, partying, and drugs.