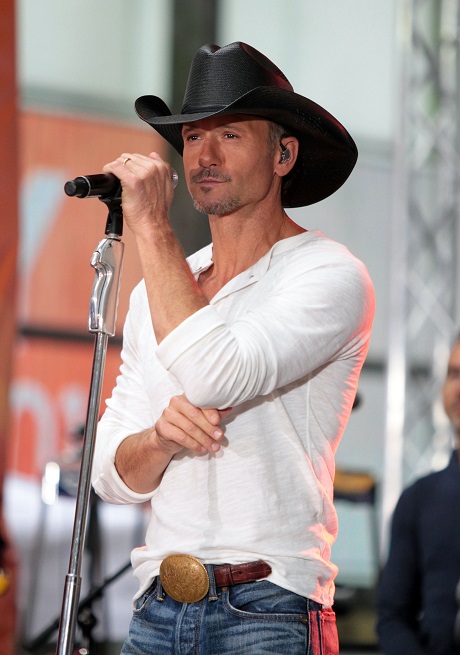 After years of hard partying and messing around with other women, Tim McGraw willingly gave Faith Hill control over everything years ago because he wanted to keep the family together. At the time he was willing to do whatever it took to be under the same roof as his daughters each night. Well, apparently, Tim paid a pretty steep price. He agreed to let Faith handle all of the financial matters and assets, pick and choose his friends, and she has even tried to make him over into a metrosexual dude. That last one hasn’t worked very well with the fans!

According to the June 16th print edition of Star Magazine, the couple has just finished a 5 month run in Vegas and Tim is absolutely thrilled because he needs to get away from Faith! He has realized that giving her control over his life was the worst thing he could have done. Tim’s realized he doesn’t like the emasculated guy that he has become.

Tim is now ready to take a break from Faith and find a bit of breathing room. If she doesn’t allow it then it looks like there’s a good chance that the divorce will be on. Tim stands to lose a lot of cash but doesn’t care much about that. In fact, it’s why he had no problem giving her financial control — because if they split he figures she’ll get it anyway. Do you think that Faith will get it together and realize that her control freak behavior is actually alienating her husband? Tell us your thoughts in the comments section below.

What do you think about a potential Tim McGraw/Faith Hill split?