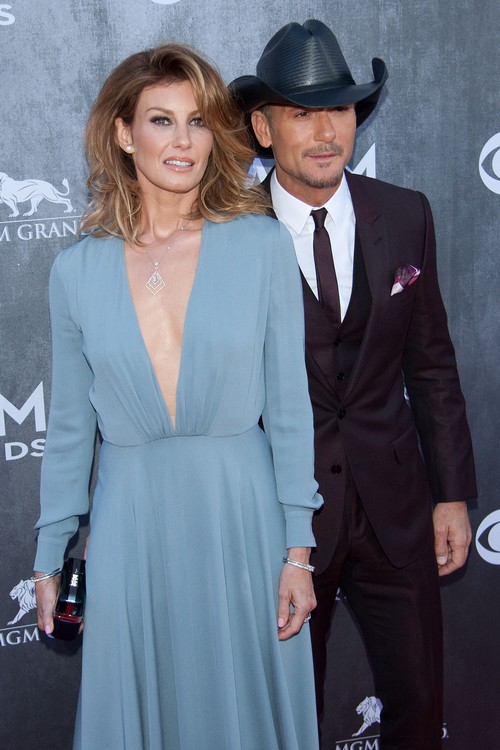 You know all those rumors about Tim McGraw partying too much and cheating on Faith Hill? Well, they don’t come from nowhere. Tim’s history with alcohol, partying, and drugs has been well documented, and it’s pretty much an open secret in Nashville.

According to a report from the National Enquirer, Tim would get so drunk that he would start flirting with random women at the bar or start fights because somebody looked at him the wrong way. However, years went by before Faith Hill finally gave Tim an ultimatum: to get his shit together or get a divorce. Honestly, I don’t even know why she stayed with him for so long, but apparently she saw something in him that nobody else did.

The Enquirer’s source explains, “She wasn’t going to stand by while he killed himself. Tim begged Faith not to leave him – within days, he quit drugs and alcohol cold turkey! Faith began calling the shots in his life and staged an intervention – telling him what he needed to do if he wanted to keep his family together.”

Let’s look at this again, shall we? Faith and Tim have been married for 17+ years, and yet, Tim’s only been sober since 2008. That’s more than a decade of partying, drugs, drinking, and cheating. If Faith could put up with all that, who’s to say that she’s not looking the other way again? She only intervened in his life when it looked like he could end up killing himself by accident, but before that? Nothing and no one could stop him.

If Tim really is going back down that path again, I’m not sure another ultimatum from Faith is going to work. What do you guys think?