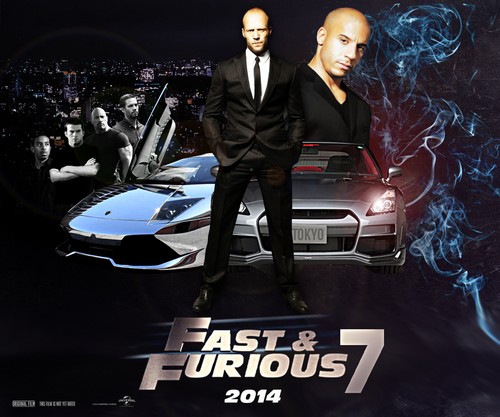 Paul Walker was Hollywood’s archetypal pretty boy. Albeit typecast, Walker still managed to overcome his clichéd career choices by starring in films such as Hours (2013), Eight Below (2006) and Clint Eastwood’s Flags of Our Fathers (2006). However, the blue-eyed leading man was best known for his role as Brian ‘O Conner in The Fast & The Furious franchise.

Walker’s love of speed and racing led to his tragic and untimely death late last year. The altruistic 40-year-old star died in a car crash with his friend Roger Rodas, a 38-year-old pro-am racer. Their red 2005 Porsche Carrera GT smashed into a concrete light pole and burst into flames on Kelly Johnson Parkway in Valencia, Santa Clarita, California.

According to a CNN report at the time, “’Investigators determined the cause of the fatal solo-vehicle collision was unsafe speed for the roadway conditions.’ The high-performance 2005 Porsche Carrera GT was going ‘between 80 and 93 mph at the time the car impacted a power pole and several trees,’ the final report said. The posted speed limit on the Santa Clarita, California, office park road was 45 mph.”

Walker was in the middle of filming Fast & Furious 7 at the time of his death. After a short hiatus, the cast and crew, obviously ravaged by grief, picked up the pieces and continued with the film. Yesterday (07/11/2014), studios stopped production of a “critical” scene due to the dangers involved. According to TMZ, “Producers brought in drivers who are ‘authentic street racers’ for the scene, where a souped-up yellow Chevelle races another car and dramatically pops a wheelie, as bystanders stand right by the track and cheer.”

Vin Diesel and the rest of the cast were still “prepping” for the scene when Universal Pictures suddenly halted production yesterday. It was allegedly due to insurance issues, but some sources veered off Spaceship Rational and blamed a quasi-preternatural “second crash” curse for the cancellation (synchronicity isn’t always equal to intellectual intuition).

The Fast & The Furious franchise will always be overshadowed by Walker’s death. Perhaps it is time to lay Brian O’ Conner to rest.