Game Of Thrones Spoilers Season 5: Does Tyrion Lannister Die In The Winds Of Winter? 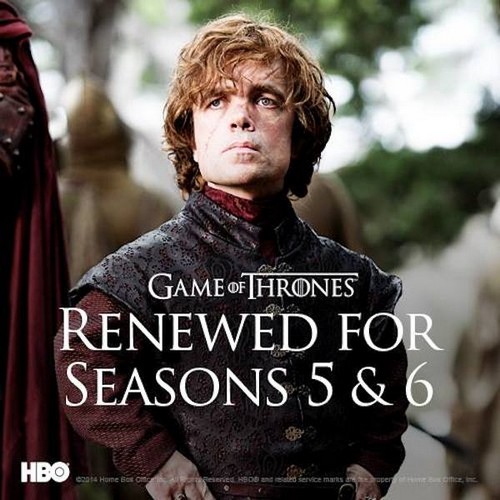 Uh-oh, I can sense the impending meltdown of an entire fandom from miles away. As every Game of Thrones fan knows, the author of the novels – George R. R. Martin – loves to kill off your favorite characters. In fact, he revels in it. As such, it’s frightening when he admits that his favorite character is Peter Dinklage‘s Tyrion Lannister, especially because he’s also most of the fans’ favorite character. But does his place as a fan favorite spell his death sentence? Do Game of Thrones spoilers give us a hint at the correct answer?

George recently spoke to Hollywood Life in an interview, providing some Game of Thrones spoilers and he hinted at Tyrion’s death in his next novel, The Winds of Winter. When asked about Tyrion’s safety, George replies, “Well, I did cut off his nose, so…” And then he adds, “I like shows to be more real. Predicatable shows and books bore me. […] I want to be on the edge of my seat. So, the deaths are important and at all times necessary.”

Ugh, what a tease. Seriously, I’m pretty sure we’re going to see EVERYONE die by the end of the last book. At the rate at which he’s been killing and maiming characters, don’t expect to see anyone left standing at the end of the books. I do think Tyrion will be safe until the last book, only because George seems to love writing him. But at the end, he’ll probably kill him off just to mess with us, and because he can.

Either way, we won’t have to wait too long to find out now. Due to increasing pressure from HBO, the producers, the writers, the showrunners, and the fans, George is buckling down and finishing the Winds of Winter. He recently admitted that he’s skipping work on anything else so that he can get it published, probably in time for the sixth and seventh season of the show.