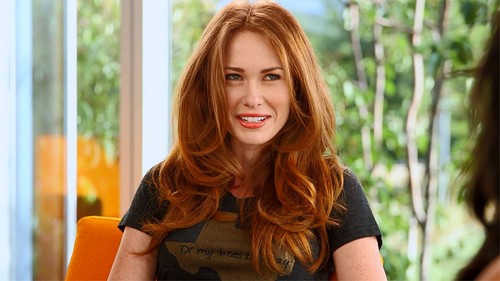 When General Hospital spoilers confirmed last month that a slew of characters had been bumped from full-time, GH fans just assumed that TPTB were trying to clean house since they literally had enough characters running around Port Charles to man two more soap operas. But, apparently that wasn’t the case because General Hospital spoilers and comings and goings news reveal that the soap has cast another new character and she will make her debut at the end of December.

According to General Hospital spoilers in the December 22 edition of ABC Soaps In Depth, “A GH confirms that actress Kelly Frye has been cast in the recurring role of Ivy. Although no other details were available at press time, Frye will make her Port Charles debut on Tuesday December 30.” When Frye pops up in Port Charles, you might recognize her from her stint on the short-lived FOX dramedy Rake, and she also recently appeared on The CW’s popular new series The Flash as “Plastique.”

There are so many General Hospital rumors and spoilers floating around, it really is nearly impossible to try and predict what newbie Ivy’s role will be in Port Charles. Is she a cop, a doctor, someone’s old girlfriend, someone’s new girlfriend? The possibilities truly are endless with all of the storylines and tangled webs in Port Charles right now.

What do you think about TPTB adding another character to the General Hospital roster? Was it a wise move, or should they focus their efforts on scaring up some storylines for the recurring characters they have shelved and put on the backburner, instead of just adding more? Are you familiar with actress Kelly Frye, will she be a good addition to the GH cast? What do you think Ivy’s role will be in Port Charles? Let us know in the comments below and don’t forget to check CDL tomorrow for more General Hospital spoilers and news!