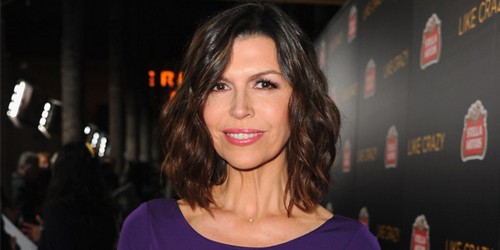 General Hospital spoilers for the week of December 8 – 12 reveal another action packed week of drama in Port Charles, and rumor has it GH fans will not want to miss a single episode of the ABC soap. With all of the villains running around Port Charles right now, it was only matter of time before gun shots started ringing out, which General Hospital spoilers tease is exactly what will happen on Monday December 8.

Unfortunately there is no news yet on who gets shot this week, or who does the shooting – but one thing is for sure, Anna Devane will not be on the case. General Hospital spoilers in the latest edition of ABC Soaps In Depth tease that on Tuesday December 9 Anna finds herself unemployed and no longer the police commissioner of Port Charles.

General Hospital spoilers reveal that during the week of December 8, Franco and Nina’s cover is blown, and meanwhile Morgan and Kiki are on the case and determined to find her little sister and his maybe-baby. Meanwhile, back in Port Charles, Sam Morgan is working a case of her own and discovers something suspicious about Jake AKA Jason Morgan. He may be under Helena’s mind control and unable to remember that he is Jason, but Sam is not – and she might just be on the verge of figuring it out.

So GH fans, who do you think gets shot on Monday’s episode? Could it have something to do with Cesar Faison breaking out of police custody? If Anna is ousted from the PCPD – who will be the next police commissioner, Dante? Will Sam figure out that Jake is actually her not-so-dead hubby? Let us know what you think in the comments below and don’t forget to check CDL tomorrow for more General Hospital spoilers and news.