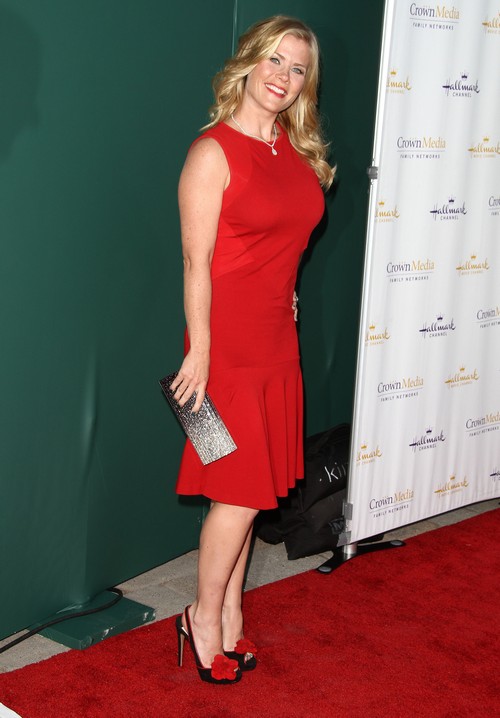 General Hospital’s EP Frank Valentini has a knack for scooping up other soaps’ stars, like Y&R’s Michelle Stafford, and he is rumored to have recruited Billy Miller as well. So, soap fans weren’t exactly surprised when news broke this morning that Days of Our Lives star Alison Sweeney was headed to General Hospital as well. Sweeney has played the iconic character Sami Brady since 1993, and announced earlier this year that she was leaving Salem so she could spend more time with her family.

Before Days fans work themselves into a frenzy, it should be noted that Sweeney will not be joining the cast of General Hospital; she will actually be honing her expertise behind the scenes as a director. According to Soap Central, Sweeney has shadowed Frank Valentini and his team in the past. When he learned that she was leaving DOOL, he reached out to her and asked her to come work behind the scenes at General Hospital. Alison apparently accepted his offer and tweeted to her fans that she is “super psyched” and is “working on the script now.” GH’s Frank Valentini told Soap Opera Digest that Sweeney has “sort of paid her dues and spent her time learning the show.”

Alison Sweeney announced in January 2014 that she was leaving Days of Our Lives and she filmed her final scenes in May 2014. DOOL’s schedule is actually much farther behind than other soaps, so Alison will appear on the NBC soap opera up until late Fall. Her final scenes are expected to air in November 2014. It is still a mystery how the DOOL writers plan to have Sami Brady exit, whether she will leave town or be killed off, and if they plan to recast the role.

Keep checking CDL for all of your Days of our Lives spoilers and GH spoilers!