BY Amanda Austin on May 13, 2014 | Comments: Leave Comments
Related : Days of Our Lives, General Hospital, Soap Opera, The Bold and the Beautiful, The Young and the Restless 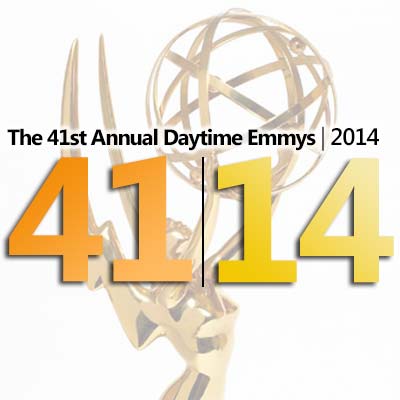 The 41st Annual Daytime Emmy Awards are just a month away, and are scheduled to take place in Beverly Hills on June 22nd. The National Academy of Television Arts has released the full list of official Daytime Emmy Award nominees, and had left a few General Hospital fans scratching their heads.

It appears that TPTB have basically snubbed the ABC soap opera. General Hospital has been giving CBS’s super soap The Young and the Restless a run for their money over the course of the last year, but looking at the Daytime Emmy Award Nominees- one would never know. Not only did General Hospital not even get nominated for four major categories, but to add insult to injury the cancelled internet bomb One Life To Live did!

What do you think about this year’s Daytime Emmy Award Nominations? Were you surprised to see that General Hospital only received 16 nominations, and that none of them were the four major categories? Do you think that it is as absurd as we do that General Hospital got snubbed so that cancelled internet series One Life To Live could receive some nominations? Which soap do you think will take home the most Daytime Emmy Awards this year? Let us know what you think in the comments below!